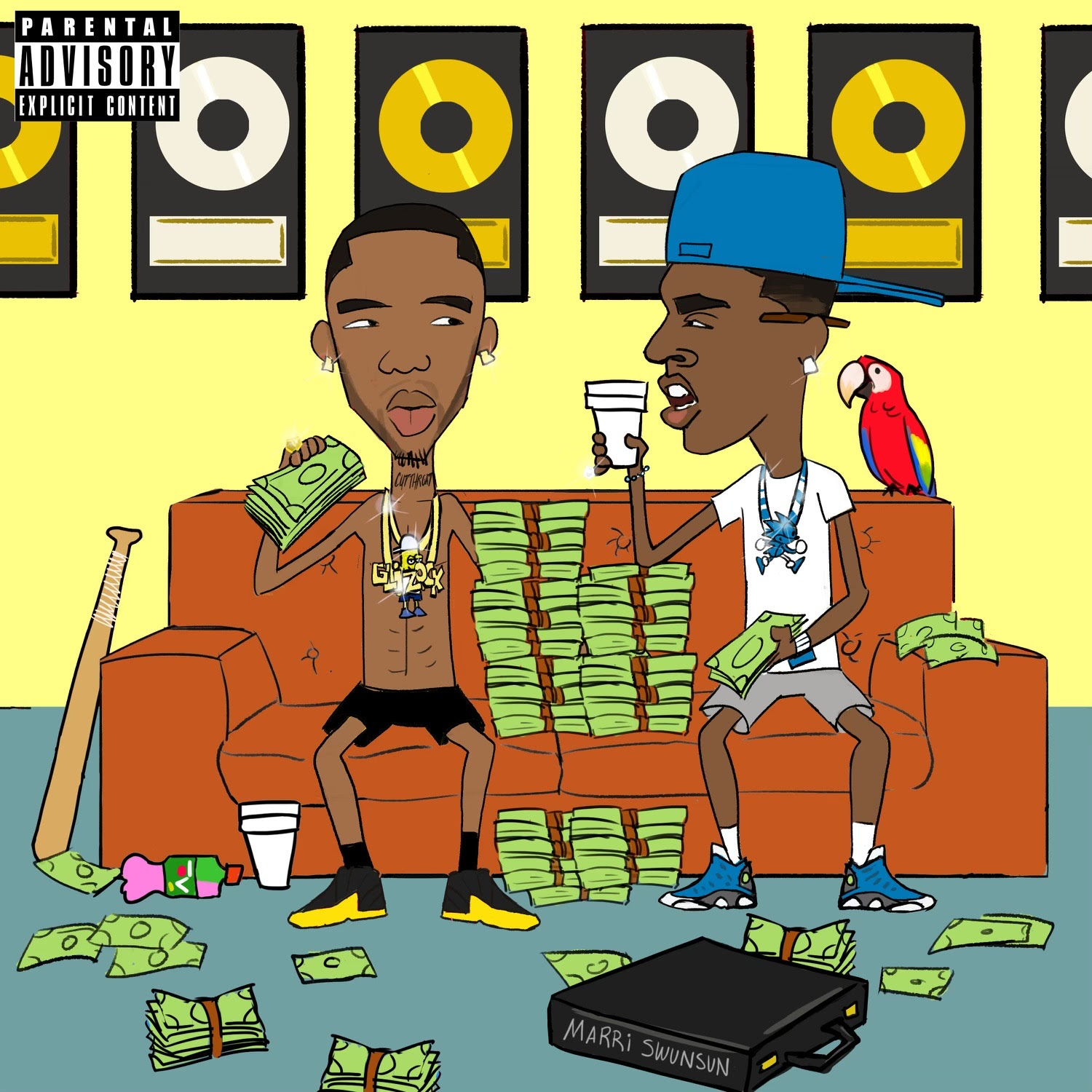 Blessed with unparalleled gifts for crafting punchlines about their lives of luxury, nobody in the rap game flexes harder than Young Dolph and Key Glock. Compiling their opulent magnum opus, the Paper Route EMPIRE duo share Dum & Dummer 2, a new collaborative album.

The sequel to 2019’s Dum & Dummer, which peaked at #8 on the Billboard 200, Dum and Dummer 2 finds Dolph & Glock operating at an even higher level of craftsmanship, charisma, and luxury. With artwork that references MTV’s most famous duo, Beavis & Butthead, Dum & Dummer 2 establishes the two rappers (and cousins) as two halves of the same brain, each seamlessly picking up threads and finishing lines that the other leaves off.

The album spans 20-tracks, boasting production from PRE’s own Bandplay, who shows off his musicality and versatility, along with beats from Memphis native Sosa808 and decorated producer Ramy On The Beat.

“Dum & Dummer 2” is home to a series of standout singles, including the hauntingly flex-heavy”Case Closed,” the soulful winter-weather celebration “Aspen,” and the classily ratchet “Sleep With The Roaches,” which dropped last week. Dum and Dummer 2 features several solo songs from both Young Dolph and Key Glock interspersed with the heavy-hitting tag-team tracks, including Key Glock’s bombastic “I’m The Type,” and Dolph’s bite-sized ad-lib-athon  “Yeeh Yeeh.”