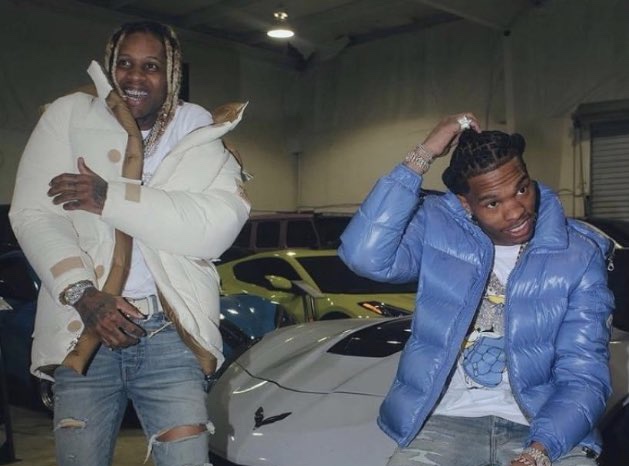 Lil Baby and Lil Durk are taking their friendship to the next level with the announcement and possible release of a joint album.

On Monday, Baby shared a Instagram photo of him and Durk from NBA All-Star Weekend with the caption “Aye y’all tell @LilDurk let’s drop the tape fucc.” 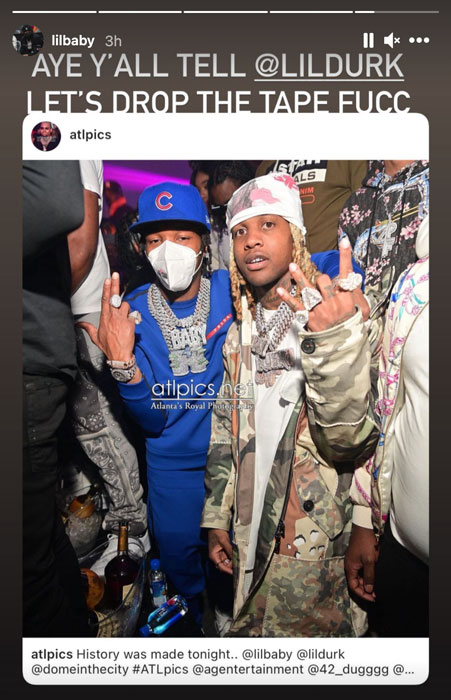 He later added that they will release the project, possibly titled The Voice x The Hero, if he received 100,000 comments on his IG post. “100k comments me and @lilbaby gone drop our tape….. The voice x The hero,” he said, adding that the “streets needs this.”

Baby and Durk have collaborated on several songs in the past including “Finesse Out the Gang Way,” “How I Know,” and “3 Headed Goat.”

On Friday, Lil Durk and his Only the Family crew dropped their fourth OTF compilation tape, Loyal Bros with appearances from Lil Uzi Vert, Tee Grizzley and the late King Von.