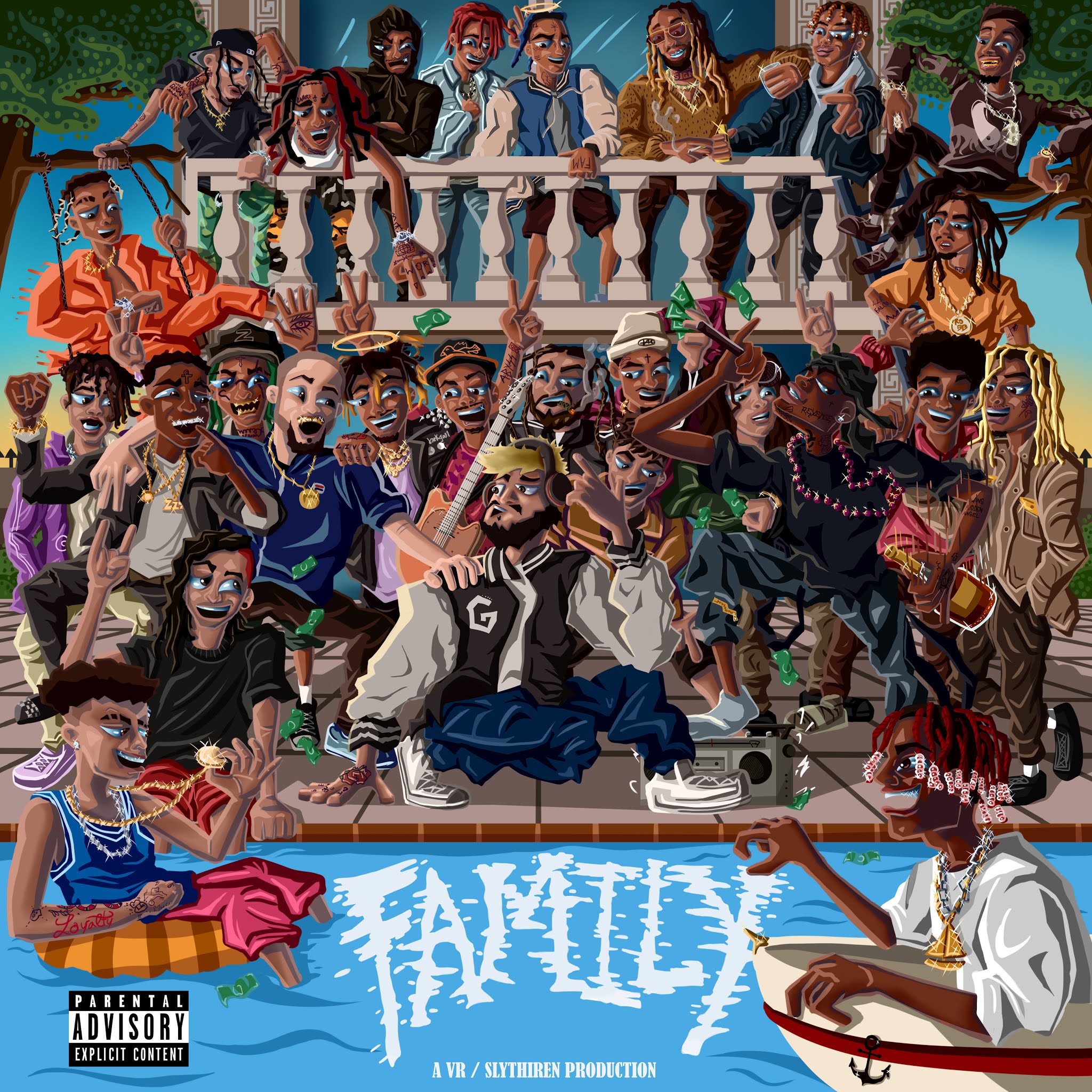 DJ Scheme is a quintessential connector, an expert at piecing together musical collaborations and fostering electric chemistry. Recruiting some of his closest friends–who also happen to be some of rap's biggest stars–to help realize his vision, Scheme shares FAMILY, his debut album.

A celebration of musical kinship, the album explores how creative partnerships can create deep familial connections and reinforce a sense of community. Scheme had a hand in the production on each of the project's 17 tracks, creating a diverse, yet cohesive flow that echoes Scheme's invigorating DJ sets at Rolling Loud and elsewhere.

Throughout the project, Scheme proves to be a natural at finding the hidden chemistry in unexpected partnerships, as well as finding new avenues to explore the South Florida sound that took rap by storm. On "Blue Bills," Scheme combines Florida rapper $NOT and L.A. standout Fenix Flexin of Shoreline Mafia, who prove to be perfect sparring partners above a propulsive and bassy beat. Recent single "Soda" connects unlikely kindred spirits Cordae and Ski Mask The Slump God over a stomping piano-led beat by Scheme and Take A Daytrip.

Scheme also finds new angles for artists who share similar styles, creating a smoothed-out West Coast riders' anthem for Lil Mosey & Ty Dolla $ign ("Bussin' Out") and reuniting Ski Mask, Lil Yachty, and Danny Towers for "E-ER," a spirited sequel to their Gold-selling collab "How You Feel" (which also appears on the project).

Listen to Family below via Spotify.