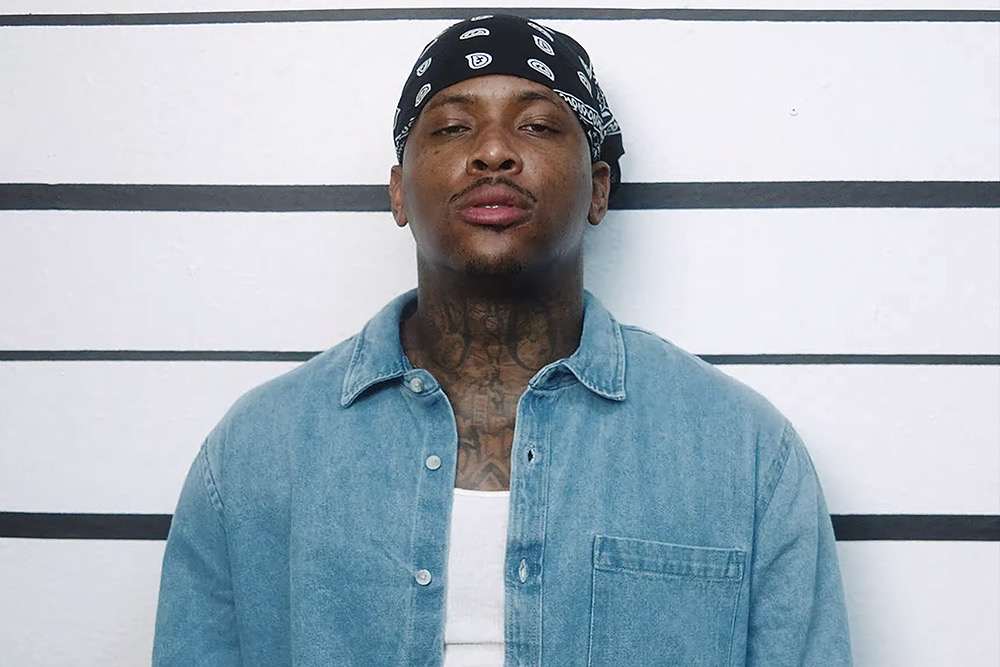 YG comes through with a new street record called “Out On Bail.”

The new track, which comes complete with a video will appear on the Bompton rapper’s upcoming new album MY LIFE 4HUNNID, scheduled to arrive October 2.

Speaking with Zane Lowe, who premiered the track, YG explained that his new album was highly inspired by 2Pac.

$ads={1}
"This album was highly influenced by Tupac. This is as far as the space I’m in and what I’m dealing with in life. He went through a lot of the stuff that I’m dealing with right now, and he was making records about it, and just the tone and the cadence of how he was coming up,” YG told Lowe. “I was playing with a lot of that type of sway of Tupac. So that’s a fact, that’s a fun fact. Since I was playing with all the Tupac stuff, I had to go get somebody else who was influenced, highly influenced by Tupac.”

"So I went and got Lil Wayne to sing with me on a song," he continued. "And the song is, like, I think it's a song that everybody's going to love because it sounds like it's some street shit but Lil Wayne shot it like the 2008 way, you know what I'm saying? 2007, 2006. He sounds like that. So we all look out for that. That song is called 'Blood Walk.' It featured Lil Wayne and my artist D3, but it's fire though."


YG added that he recorded the whole album while in quarantine. “This whole album got recorded while in the quarantine, you know what I’m saying? So it was like, I felt like my album is what it is because of the times that we were going through, the times that we’re in, it’s like, it’s not the typical YG to turn up the extra turn up there, man. I got some slaps and some bops that’s going to make you move, but I really couldn’t make that music in these times, you feel me? So all I had…I had nothing to do but just think about real stuff that I’m dealing with, because we didn’t have nothing to go run to, to forget about it or act like it’s not happening. Feel me the club aren’t open, you can’t go nowhere. I’m in a house reflecting on my life.”

$ads={2}
You can stream the new track "Out on Bail" now via Apple Music, and Spotify. The official video is available below.