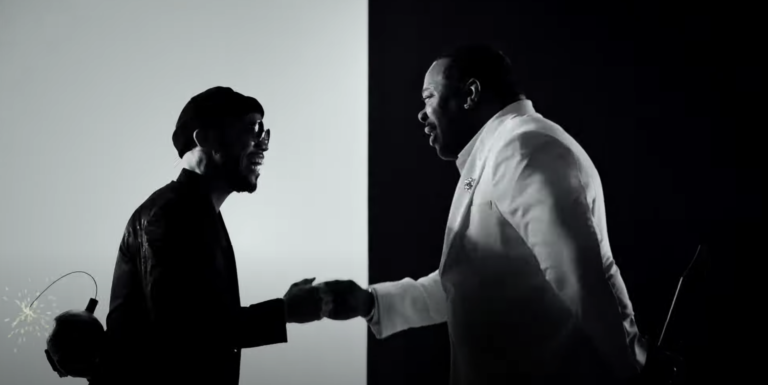 The best new songs you may have missed this week.

Best New Music this week features releases from Tyga, Wizkid, Justin Bieber and more. Because we can’t always get them all, here are some of the best new music we missed this week. All in one place for your listening pleasure - We care!

After teaming up with H.E.R. on Smile, Wizkid  leaves all his worries behind in his newest single “No Stress.” The track is off the Nigerian superstar’s highly-anticipated upcoming album “Made In Lagos.”

Justin Bieber goes spiritual for his new video single featuring Chance The Rapper. The two count their blessings and celebrate the women in their lives in “Holy.”

Busta Rhymes and Anderson .Paak face off in the video for “YUUUU,” off Buss’ Extinction Level Event 2: The Wrath Of God album dropping soon.

Skhanda World dropped off a new video single featuring fellow South Africans K.O. Kwesta, Loki and newcomer Roiii. The accompanying video was shot in front of an upside down house.

Stalley is set to make his return with a new project “Speak No Blue,” dropping next week. The former MMG rapper gets the ball rolling with the project’s debut single titled “Dinosaur.”

Saweetie joins Pop Smoke and Lil Tjay on the official remix of “Mood Swings.” The original track is featured on the late Pop Smoke’s posthumous album, Shoot For The Stars Aim For The Moon.

Nigerian singer Tems continues her streak with this new upbeat record titled “Damages.” The song is off her upcoming debut EP for “Broken Ears,” due next week Friday.
Tags Best New Music Out This Week