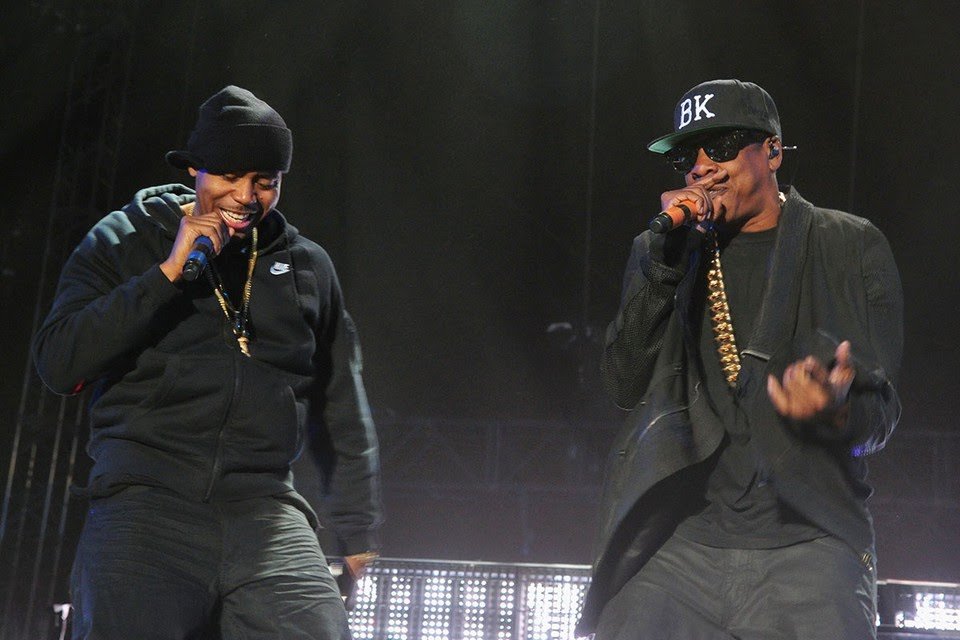 Is Jay Z trying to reignite his beef with Nas?


Over the last two decades JAY-Z has coincidentally released albums/singles on the same day as Nas. This eerie occurrences have prompted Twitter sleuths to believe Hip-Hop’s first billionaire is still not over his feud with the Ether rapper. As crazy and petty as it may sound, it’s not entirely far fetched. Jay Z has an uncanny trend of dropping projects whenever Nas drops.

In 2001 at the height of his much-publicized beef with Hov. Nas dropped his critically acclaimed fifth studio album Stillmatic. The album featured the classical singles One Mic and the scathing diss track Ether. Coincidentally Jay also dropped his live album Unplugged that same day. No social media at the time so the occurrence wasn’t publicly documented.

November 30th, 2004 Nas returned with his seventh studio album Street’s Disciple. The double-disc effort featured production from Q-Tip, Salaam Remi and more. Hov divided attention when he chose to roll out his joint album “Collision Course” with rock band Linkin Park on the same day. The album peaked at no. 1 on the Billboard 200, while SD debuted at no. 5. Hov won.

June 15th, 2018 Nas delivered his Kanye West produced album Nasir. It wasn’t a surprise drop as West publicly announced and documented the album’s due date. Hov almost skipped a beat but he quickly responded the following day with “Everything Is Love” - a collaborative album with wife Beyoncé. Nas was pissed or I think he was. Fif also called out Jay Z for the sneaky move. The two were in good terms at that point so the move felt shady.


A year later Nas released the Lost Tapes 2 in good spirits. The project contained cuts that didn’t make some of his last four studio albums: Hip Hop Is Dead (2006), Untitled (2008), Life Is Good (2012) and the album scrapped in favor of Nasir (2018).. But Once again Hov wouldn’t let him have his day. July 19, 2019 suddenly became the perfect day for Beyoncé to roll out the soundtrack she curated for the Lion King live action remake. Petty petty.

On Friday (Aug. 21) Nas would be dropping his collaborative album with Hit-Boy King’s Disease and by now you’re aware Jay Z and Pharrell are also releasing a new single on that day. This is no longer a coincidence but a calculated chess move. Many twitter users think JAY-Z is insecure and he still hasn’t gotten over his beef with Nas.

Y’all do know y’all can listen to both the new Nas album AND the JayZ single tonight right? It’s really not that hard with streaming.
— Hip_Hopsince85 (@thatsChristianG) August 20, 2020


Ether was such an iconic diss that Jay Z has been trying to Takeover Nas’ release dates for YEARS now
— King Wow (@wowthatshiphop) August 20, 2020

Still looking forward to the album tomorrow tho.
— To Pimp A Tweet (@HipHop4Everyone) August 20, 2020


How y'all tryna make a beef out of Jayz being on Pharrell song as feature and Nas dropping a whole album on the same day?
— Rockie Fresh (@rockiefresh) August 20, 2020


Jay Z when he hears behind the scenes that Nas is dropping next month pic.twitter.com/VwZDGnNj6B
— All Love Hip Hop (@AllLoveHipHop) August 20, 2020


Nas and Hov had that nasty feud in the 90’s and early 2000s when subliminal shots resulted into the two recording full blown diss tracks. The two rap veterans ended their feud with a handshake at Jay Z’s “I Declare War” comeback concert in 2005.
Tags Jay-z Nas NEWS Word On The Streetz