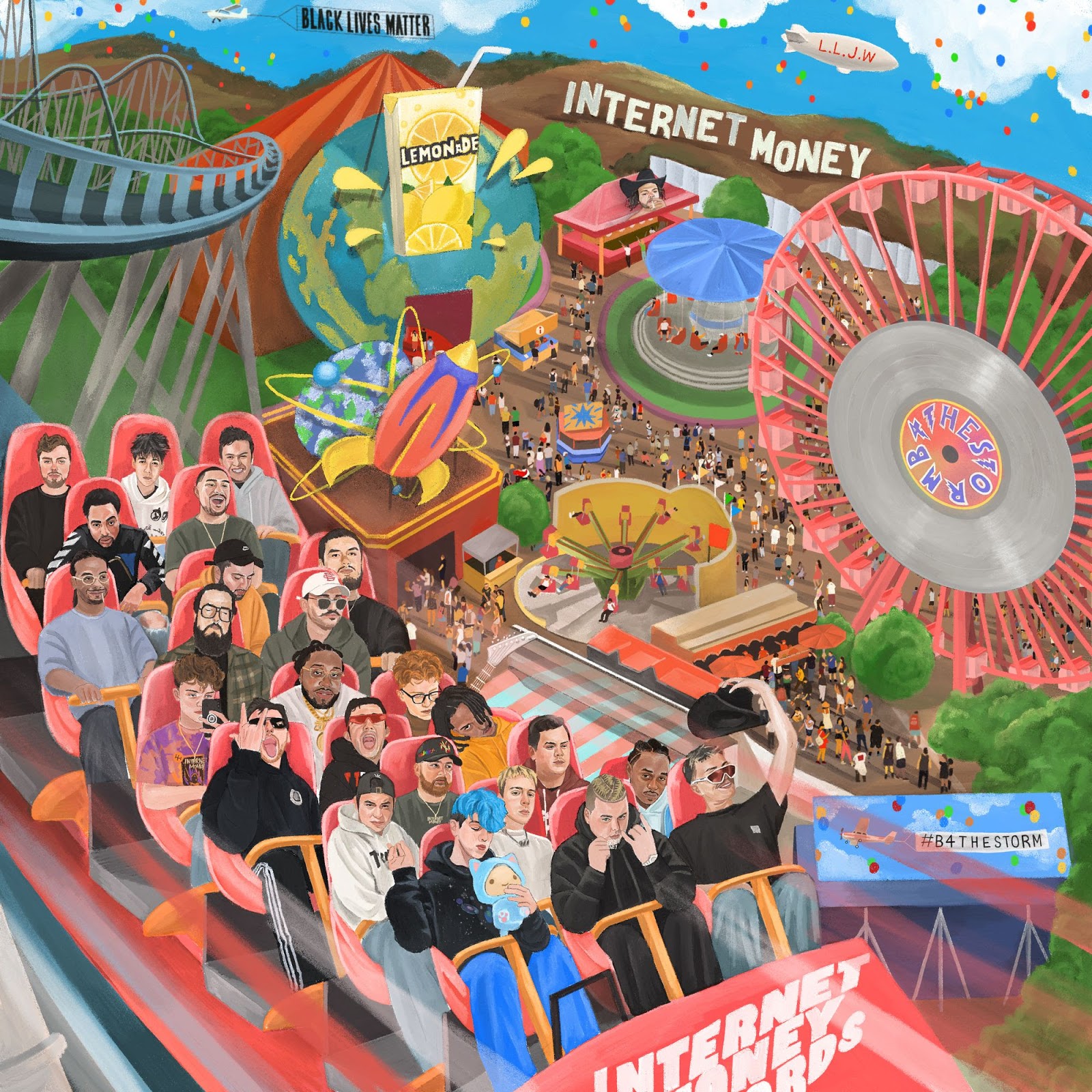 Few albums released in 2020 are as star-studded as B4 The Storm, the debut album by artist/producer collective Internet Money. Not only is this a testament to Internet Money founder Taz Taylor's years of building relationships from the bedroom to the boardroom, but with every song viable of becoming yet another Gold Record for the young mogul, it solidifies the notion that Taz Taylor is a proven hitmaker whose got the juice.

The 17-song project came together over a two-week period during quarantine and was produced in full by Internet Money, which includes notable producers like Nick Mira and JRHITMAKER and artists like TyFontaine and Alec Wigdahl. B4 The Storm is out now via 10K Projects/Internet Money Records.

The project includes the single “Lemonade” featuring Gunna, NAV and Don Toliver; released on August 14 alongside a Cole Bennett-directed music video, “Lemonade” just debuted at #66 on Billboard’s Hot 100, has earned over 36 million streams, and made its way into Spotify’s Today’s Top Hits a week after its release. Also featured on the album is the single “Somebody” featuring Lil Tecca and A Boogie Wit Da Hoodie which was released in October 2019 and was certified gold this February, and the recently-released highlight “Thrusting” (ft. Future and Swae Lee), which racked up over 1.25 million streams in its first week. The album features additional appearances from Juice WRLD, Trippie Redd, Lil Mosey, Kevin Gates, Wiz Khalifa, 24kGoldn, Lil Keed, The Kid Laroi, and many others.
Tags ALBUMS Internet Money