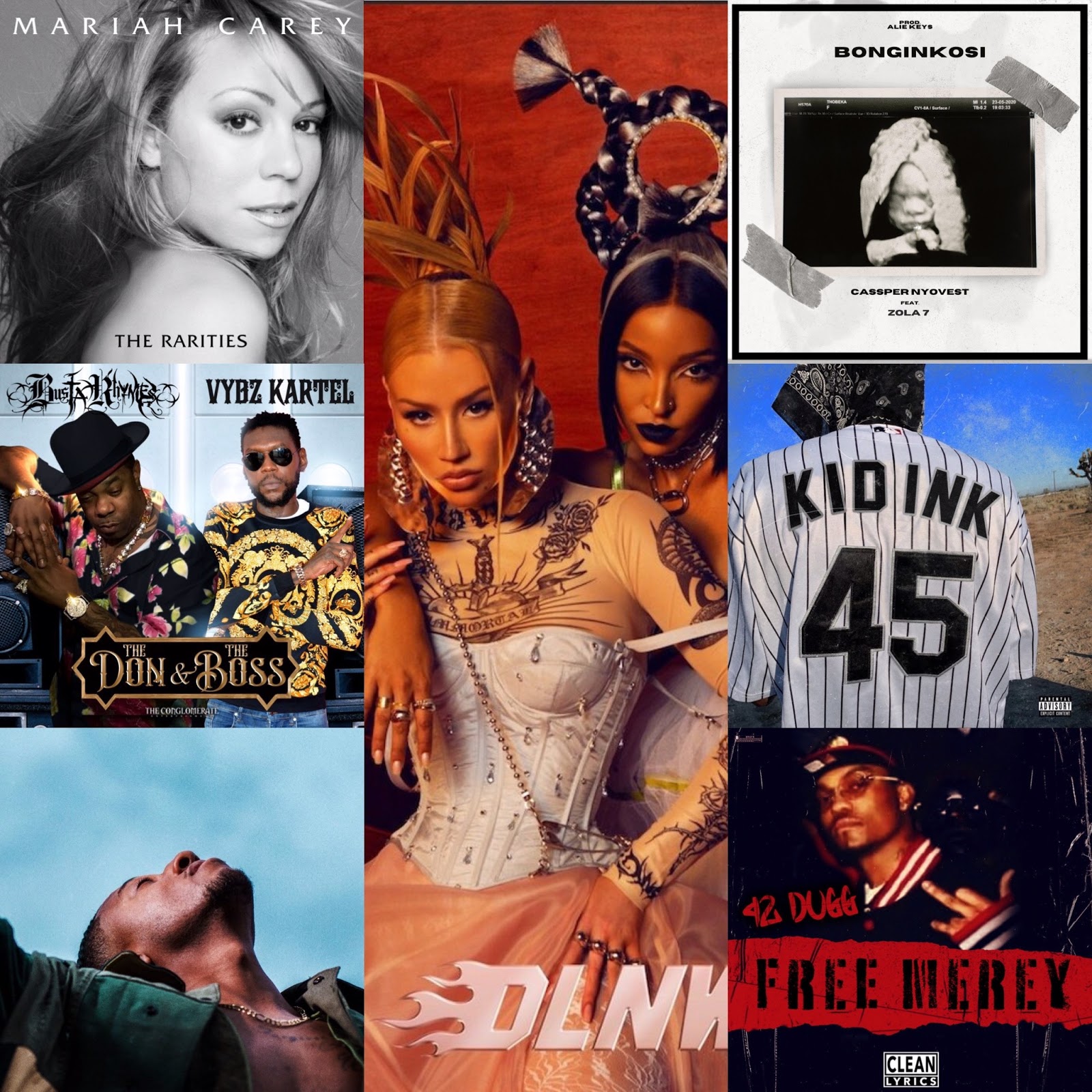 Best new music returns today, Friday, Aug. 21 with new songs and projects from Mariah Carey, Lecrae, Busta Rhymes, Iggy Azalea, Pop Smoke, Cassper Nyovest, Chief Keef and more. Because we can’t always get them all, here are some of the best new music we missed. All in one place for your listening pleasure- We care!

Mariah Carey Feat. Lauryn Hill “Save The Day”
Mariah Carey teams up with the elusive Lauryn Hill for a new uplifting duet titled “Save   The Day.” Produced by Jermaine Dupri, Save The Day is the first single from Mariah’s upcoming “The Rarities,” dropping October 2.

“Mood Swings” is taken off Pop Smoke’s posthumous project Shoot for the Stars, Aim for the Moon which recently became certified platinum after amassing 1.5 billion streams.

42 Dugg “Free Merey”
42 Dugg holds it down for his incarcerated homie in his new offering Free Merey. Dugg reflects on their good times together in the TayDayMadeIt-produced track.

Chief Keef x Mike Will Made-It “Bang Bang Bang”
Shortly after celebrating his 25th birthday, Chief Keef teams up with Mike Will Madde-It for “Bang Bang.” This is the first single off the pair’s upcoming collaborative album.

Rouge Feat. Amanda Black “Sebenzi Na”
In celebration of women’s month in South Africa, Rouge teams up with Amanda Black for a new feminist single titled Sebenzi Na. The introspective song touches on the plight of South African women, mostly in the hands of men. Prior to the song’s release Rouge shared a message to South African men.

“The next single that I will be releasing, is directed more to the men of South Africa. Have you changed your behaviour? Have you held one of your boys accountable when they were out of line? Or does your support for women issues stop at the point where it gets a bit inconvenient for you? When you have had a listen, I will need you to reflect and answer me this, #SenzeniNa?”

Cassper Nyovest Feat. Zola 7 “Bongikosi”
Cassper Nyovest and Zola 7 count their blessings in their first ever link up “Bongikosi.” The track is the first offering from Cassper’s upcoming album Any Moment Now, arriving soon.