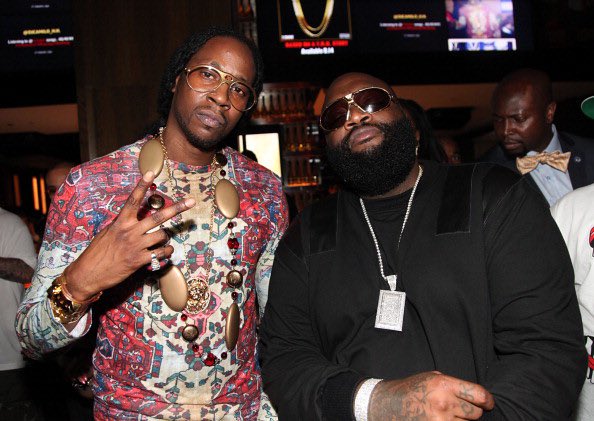 Rick Ross and 2 Chainz to go head-to-head in next Verzuz battle. Who you got?


Rick Ross and 2 Chainz are set to go head to head in the next Verzuz battle next Thursday. The announcement was made on social media today (July 28) by Swizz Beatz.


Both artists have extensive discographies and a wide range of features to select from, but the odds are largely in Ross’ favor as his catalog might prove too deep for Chainz to keep up with. However, it’s a hits battle and it all boils down to who can select the better tracks.

The news of the battle has taken over social media and Twitter Fans are now debating who they think will win. Below are some of our favorite twitter reactions


2 Chainz automatically getting points for playing any song off this... lmao pic.twitter.com/BdfuwszCQn
— Jimmy Coppa (@jimmy_coppa) July 28, 2020


Oh this is gonna be amazing. Besides the music being fire, the interesting ass real life stories Tity is gonna tell us and the captivating lies Ross is gonna hit us with during story time>>>>>>>>>> https://t.co/XkMA74eUwC
— Aye throw that Boyz II Men on (@DragonflyJonez) July 28, 2020


Rick Ross is such a threat in a Verzuz. He has smooth joints, songs for the ladies, anthems, crazy guest appearances, diss records, posse cuts. His run from 2006 - 2012 will be hard to match
— Andrew Barber (@fakeshoredrive) July 28, 2020


This how Rick Ross & 2 Chainz finna look like after both play Devil In A New Dress and Mercy back to back. pic.twitter.com/HAARtL5Mak
— wilkylovesmusic (@wilkylovesmusic) July 28, 2020


2Chainz should battle Future they got the Atlanta mixtape runs and hits.


This will be the second battle since Verzuz announced their partnership with Apple Music. Last week, DMX and Snoop Dogg faced off and over half a million people tuned in on Instagram.