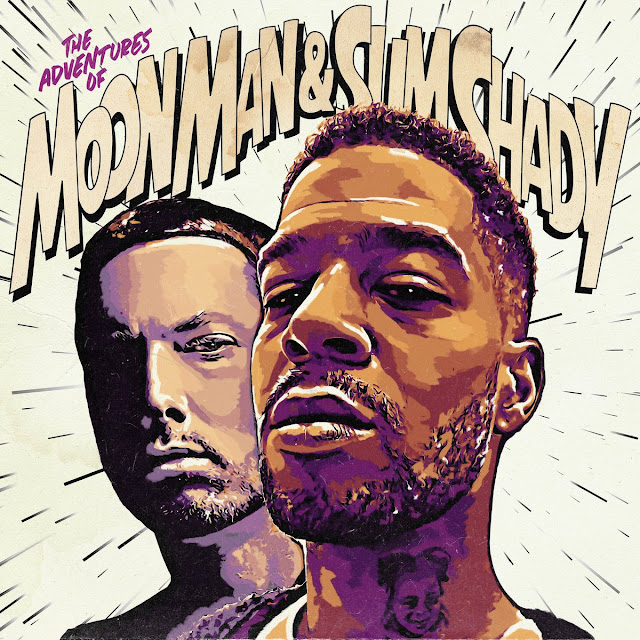 Kid Cudi and Eminem link up for the first time on The Adventures Of Moon Man And Slim Shady. ‬ On the track, which was produced by Dot da Genius, Eminem, and J Gramm, Eminem gives New Orleans Saints quarterback Drew Brees the middle finger: “I don't do weed, Purp nor lean, that's Tunechi/That's New Orleans, fuck Drew Brees,” he raps.

Elsewhere on the track, Eminem addressed police brutality and the murders of George Floyd and Ahmaud Arbery.

“Prayers to George Floyd and Ahmaud Arbery/How the fuck is it that so many cops dirty,” he asks. “Stop man please officer I'm sorry
But I can't breathe when I got you on top of me/Your god damn knee's in my carotid artery.”

‪”The Adventures Of Moon Man And Slim” serves as Cudi's second single of 2020, following Leader Of The Delinquents released back in April. He also linked up with Travis Scott for their Fortnite premiered single "The Scott's." ‬

Listen to The Adventures Of Moon Man And Slim Shady below.