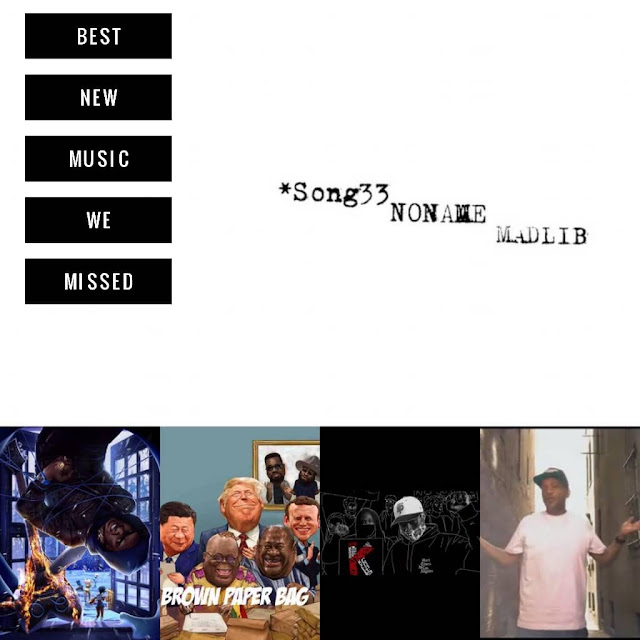 Best New Music We Missed returns after a short hiatus. The new music hasn’t been forthcoming as fast paced due to the ongoing Black Lives Matter protests in America and most parts of the world, which stemmed from the killing of George Floyd on May 25. Things picked up this week most noticeable Friday, Juneteenth with a couple of new song releases including albums, EPs and mixtapes from some of our and your favorites.

Because we can’t always get them all, here are some of the best new music we missed this week. All in one place. We care.


‪Public Enemy lends their voice to the revolution with the release of their new song “State Of The Union (STFU).” ‬The DJ Premier produced track touches on police brutality and the ongoing Black Lives Matter protests in America. ‬


‪Anderson .Paak delivers a video for his latest single “Lockdown.” Directed by David Meyers, .Paak’s new video takes him to the frontlines as he weighs in on the recent happenings in America. Along the way, he runs into Jay Rock who spits his verse. ‬

‪Tyga is bored of the lockdown and just wants to go on a vacation. The former Young Money rapper lets his imaginations run wild in the new video, which takes him to some of his dream destinations ‬

“We cherish the money and not the money machine.”

‪All red everything. Gucci Mane mobs round the streets of Atlanta with his crew in the new music video for “Still Remember” featuring Poo Shiesty. ‬

‪Noname responds to J. Cole’s controversial “Snow On Tha Bluff” track with a new song that pokes fun of the rapper’s fragility. “I guess the ego hurt now / It’s time to go to work / Wow, look at him go/He really ’bout to write about me when the world is in smokes.”

YoungBoy Never Broke Again and Lil Baby connect for “One Shot.” The song is lifted from the upcoming Road To Fast 9 mixtape, which soundtracks the upcoming ninth installment of the Fast & The Furious film.

Tory Lanez returns to his The New Toronto 3 album to unleash a lavish video for “Stupid Again.” Directed by Christian Breslauer.

The Lox rapper is the toast of the twin in his new video for “I’m The Shit.” The track can be found on Styles P’a latest album Styles David: Ghost Your Enthusiasm.


A Boogie returns with Artist 2.0 deluxe. Released nearly four months after the original, The deluxe edition adds nine songs to the LP, which peaked at No. 2 on the Billboard 200


42 Dugg comes through with a deluxe edition of “Young & Turnt Vol. 2.“ The updated version of the project features nine new songs, including collaborations with Moneybagg Yo and DeJ Loaf.
Tags Best New Music Out This Week Creative-Weekly