Connect with us
‪ 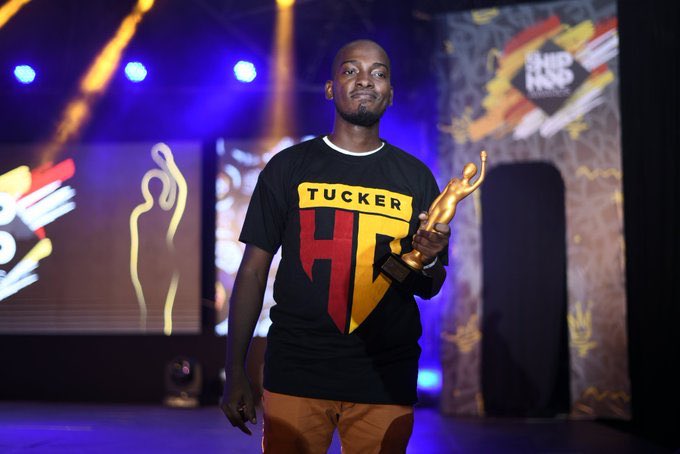 ‪Creative caught up with Ugandan rappers Tucker HD and Blixxack to discuss their new EP “Open Time,” and the creative process behind it. ‬

‪Tucker HD started the new year like a man on a mission and his efforts were duly rewarded with an album of the year award at the MTN UG Hip-Hop Awards held at the MTN warehouse in Kampala, Uganda, on 28 February. “One of the things I was unhappy about last year, was not being able to release as much music as I’d planned to,” Tucker says. “So I decided to channel all that energy into being more… consistent as I would like to be this year and giving the fans as much music to celebrate as I possibly can.”‬ 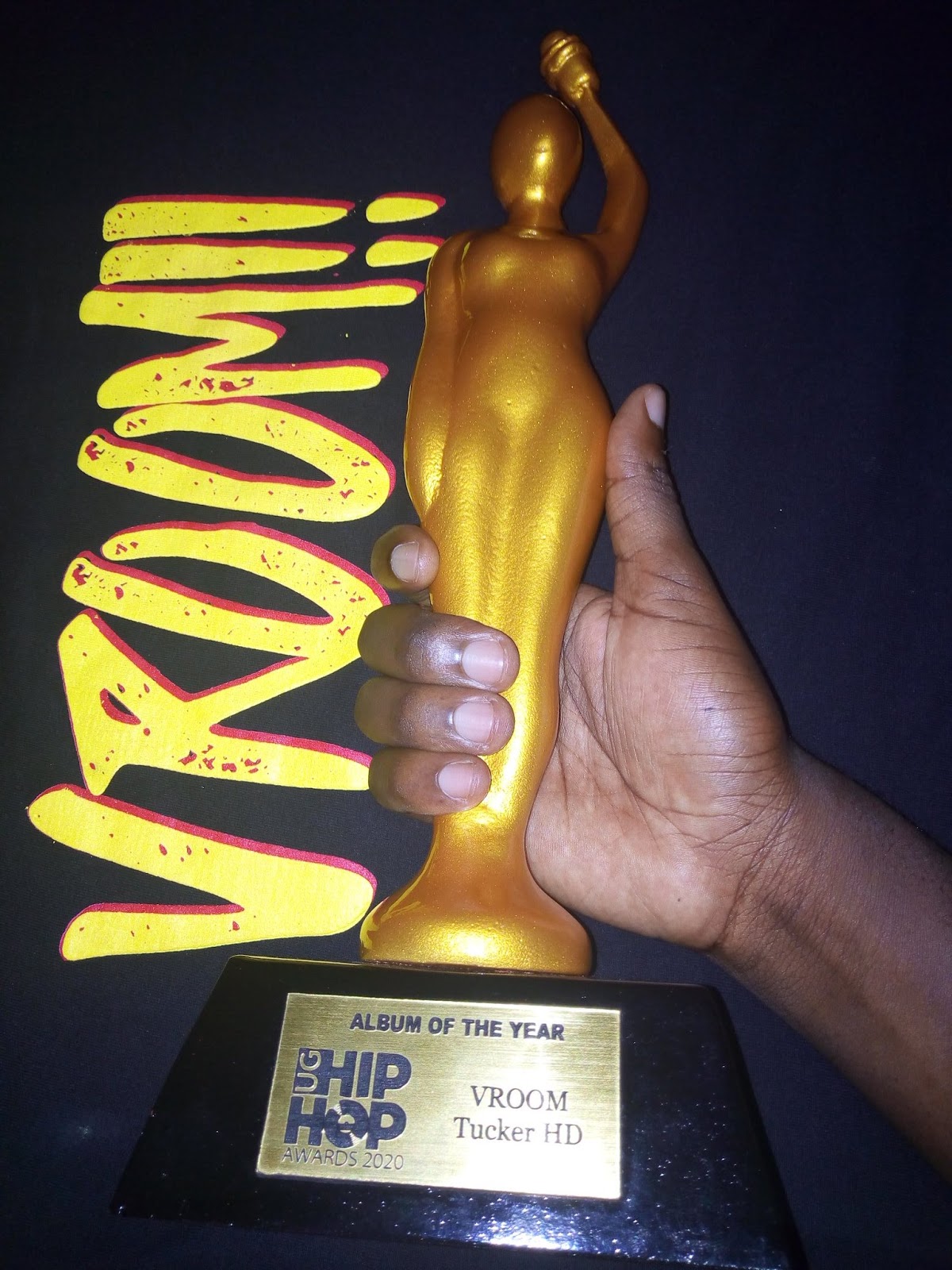 Not letting his time spent indoors slow him down, Tucker joins forces with Canadian-based Ugandan rapper Blixxack to deliver a new eight track EP titled “Open Time.” Ladened with raps about family, love and money – Open Time is a remarkable project that showcases the duo’s ability to experiment with new themes. “It’s mostly us getting out of our comfort zone and challenging ourselves to create music on themes like love in a manner we hadn’t necessarily attempted before.” ‬
‪In addition to working with Tucker HD and Lagum on “Open Time,” Blixxack also hints at a few names he will like to work with in the future. “I would love to work on something with Burna, Stogie T, MI Abaga, M.anifest, Khaligraph Jones.”‬
‪Our full interview with Tucker HD and Blixxack lightly edited for content and clarity can be read below.


When did You and Blixxack start working on Open Time?‬

Tucker HD: I’d say.. mid-January? We’ve been sending each other records back and forth for so long, there’s a bunch of them that didn’t make it to the project, but the idea of an EP came to me around that time. Mid-January 2020.‬

What’s the idea behind the title of the EP?‬

‪Tucker HD: The EP title references a Multichoice customer package of the early 2000’s, that used to run for about an hour and a half, where the average viewer would be granted access to a few channels. Similarly, Open Time as an EP, while not the full-length joint project most were expecting, is only a tip of the iceberg of what we’ve got in store.‬
‪

How did you link up with Blixxack?‬

Tucker HD: I met Blixxack in 2013, through a mutual friend and we’ve been in contact with each other since, bouncing ideas and featuring on each other’s individual projects from time to time. A joint project is something we often talked about in passing but never quite got to pulling off until now.‬

Describe the process behind Open Time’s creation and some of your favorite songs on the project.‬

Blixxack: It really had no formula. The whole process was really two friends that love music sharing beats and song ideas over a long period of time. Each of us shared whatever ideas we had whether for a beat, a melody, a concept, etc. through text or email and then we would build off of that until we had something solid, then moved onto the next idea. We have been doing this as far back as 2013 or so. It’s just that now we finally decided to share the music.

Very hard to pick a favorite now because each song invokes a different vibe and emotion.‬
‪

You have been working hard this year despite the lockdown, do you feel under-appreciated?‬

Tucker HD: To a certain extent. There’s definitely moments where I’ve felt like I deserved more, but I’m my biggest critic, and one of the things I was unhappy about last year, was not being able to release as much music as I’d planned to. So I decided to channel all that energy into being more.. consistent as I would like to be this year and giving the fans as much music to celebrate as I possibly can.

I’m my biggest critic, and one of the things I was unhappy about last year, was not being able to release as much music as I’d planned to

Do you think you/your music would be bigger if you were a rapper from either the South or West?‬

Blixxack: A lot of this would have to be speculation and a lot of wishful thinking, but yes. I remember when Kevin Durant was asked if he thinks Golden State could have won if he had not been injured. Without missing a beat, he said yes. His reasoning being that if you put an “if” in front of anything, then he can say yes because it is an “if” situation. I am paraphrasing, but the point is that those markets are bigger and hip hop as a genre has thrived, so chances are we would have a bigger platform and possibly be bigger. All that said, I am happy with our progress, where we are at and what we have achieved thus far.

The first track on the EP is “Feed The Family,” can you tell us about how the song came about?

‬Tucker HD: Feed The Family might’ve been the first song we worked on among the 8 on the EP, and it stems from a long phone conversation we had, during which we were reflecting on amongst other things, the crucial but often unspoken role family and those closest to us before we had an audience, have played in our journey to where we are now.‬

How important is family to you?

Blixxack: Cliché as it sounds, family is everything. They are the reason I wake up to do what I do everyday to make sure they are all taken care of. And this is not just blood relatives only. I have had the blessing of traveling to many countries over the years and have met lots of people along the journey that became family. So, all those are included in the people I consider family, and very important pieces in my life.‬

Is the song “WMMA” just creative expression, or is it based on personal experience?‬

‪Tucker HD: [Laughs]  scratch everything I said.. I am scared to do time. Terrified. The concept came to life off the back of a situation where money was owed, and never got paid back (to this day) but I must admit we got a little creative with it to help paint the picture more vividly.‬
‪ 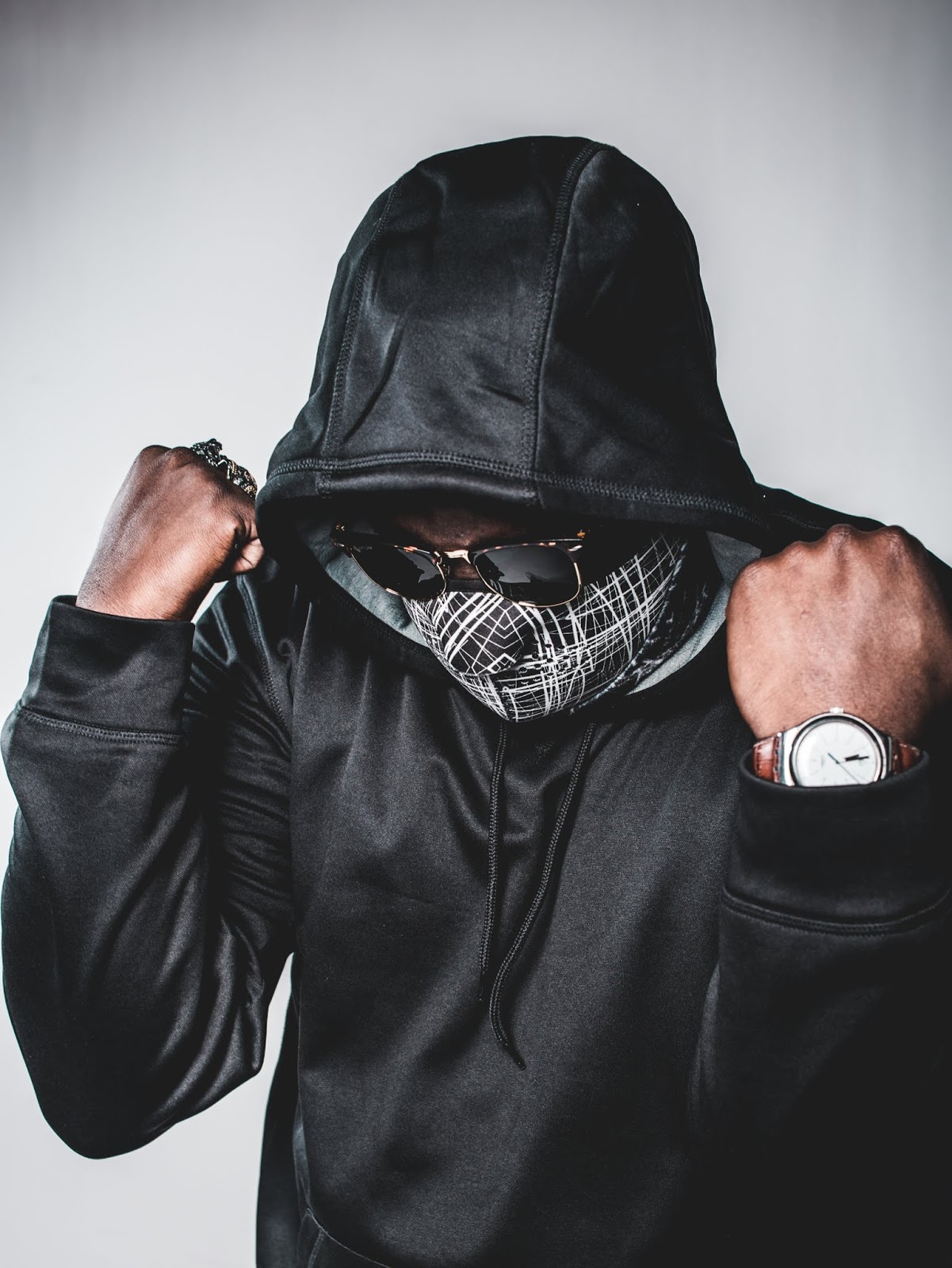 Tell us a bit about “Addiction.”‬

‪Blixxack: Addiction is a song that highlights the nature of abusive and toxic relationships which create this drug-like dependency for one or both parties. It is in no way glorifying it but rather shows how messed up such situations are and how difficult it often is to walk away. The instrumental was produced by the very gifted Ugandan producer, Mugabi and inspired Tucker and I to go in that direction as soon as we heard it the first time. Although not based on entirely true stories from either of us, I think we each borrowed certain aspects from personal experience, that of friends, and just general knowledge and put it all together to create this. I think people that have been through similar experiences will relate and enjoy it.‬

Why are majority of the songs so love themed?‬

‪Tucker HD: I think that’s mostly to do with us getting out of our comfort zone and challenging ourselves to create music on themes like love in a manner we hadn’t necessarily attempted before and is an honest representation of where we both are mentally. We just went with the flow and had fun with it.‬
‪

Have you ever had to deal with heartbreak?‬

‪Blixxack: [Laughs] Isn’t that a right of passage? Yes.‬
‪

Are collaborations with other hip hop artists outside the East something we should be expecting soon?‬

‪Tucker HD: Oh definitely. Always down to join forces, and experiment with new sounds. We kept the EP amongst ourselves with the exception of Monster, on which we featured Lagum The Rapper. But my previous project, “Vroom!!” featured Angell Mutoni from Rwanda, and M2KanE from South Africa, as well as producers NRC Jam from Cameroon and DJ, Just Geo from the UK.. hoping to add a couple of names to the list this year.

Which African artist would you like to collaborate with?‬

‪Blixxack: So many to name. I love working with other gifted people (hence this EP) so in a perfect world, I would love to work on something with Burna, Stogie T, MI Abaga, M.anifest, Khaligraph Jones…list gets longer, but I figured five was a sweet spot.‬
‪

What song do you reckon is the biggest hit of your career?‬

‪Tucker HD: Oh wow.. I’d say between Lily & Chai ( the love theme seems to be a winning formula after all [Laughs]). I really wasn’t expecting the reaction both songs received. It was overwhelming watching them get airplay in spaces I’d never been part of before and how people connected to them. As a group act, it’d have to be AirporTaxi’s 808’s, it topped countdowns on various radio stations and widely respected platforms in East Africa.

Who would you say is the king of UG hip hop right now?‬

‪Blixxack: This is a question I feel like I best addressed on my “Last Born Sinner” (Middle Child Freestyle) when I said:‬
‪“There’s a king of this, king of that‬
‪King of rap, king of trap‬
‪What’s your train of thought? I ain’t keeping track.‬
‪I ain’t losing sleep, I might even nap”‬
‪To keep it brief, I think monarchies are an outdated concept. Everybody got their niche and is catering to that. However, I also get that this is a competitive game and if anyone feels like challenging another for the “king” spot, then they can feel free to do so. I just happen to be over that and focused on making good music.‬

‪Tucker HD: Retaliation. Resilience. Rebellion. It’s a statement of dedication and commitment towards being the best at what we do regardless of whatever challenges we may face as rappers on the rise in Uganda today. “Monster” was initially meant to be part of a project Lagum The Rapper was working on, but after a serious.. tug-of-war we came to a unanimous decision that it was best suited for the EP.‬
‪

How are you keeping yourself inspired during the lockdown, who are you listening to besides yourself?‬

‪Blixxack: I have always been an introvert and keep to myself, so the lockdown didn’t really change much of my creative process. I’m a record collector so what I listen to ranges from classical music, to blues, jazz and classic rock. I also listen to a lot of audiobooks, with the past year or so being dedicated to a lot of material from an extremely gifted writer, Jose Saramago (highly recommend Death with Interruptions)‬

‪Tucker HD: Oh it’s Nasty C, no debate. When you look at the ground he’s covered, the commercial success, and the attention he’s garnered at such a young age, it’s unheard of for an African Hip-Hop artist.‬
‪

Do you plan to release a full length project this year?‬

‪Blixxack: Man plans and God laughs, they say. All I can say is I’m always working on music. The release part only happens when I feel like the time is right. So, may be something will drop. We’ll see. For now I’d probably hope everyone enjoys the present & what we got to offer in it.‬

Continue Reading
Advertisement
You may also like...
Related Topics:Features