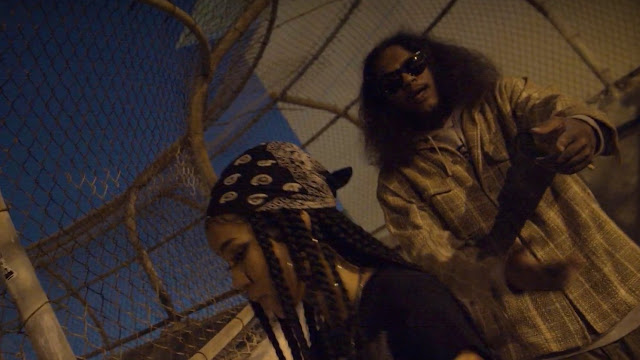 This week’s Creative Weekly features new music and videos from Mary J. Blige, Jhene Aiko, Nasty C and Jesse Jagz. Because we can't always get them all, here are some of the best new music we missed this week. We care!

Mary J. Blige reflects on her struggles and counts her blessings in her latest single “Can’t Be Life.”
"I've been torn down like a worn-down crumbling building/But I'm up now, well I'm up now and I'm still living," she sings on the Chucky Thompson produced track. "I was chained to the pain and I couldn't feel nothing/I was waiting on somebody to come fill me with something, yeah."
The new song released on Friday (May 22) is in support of her new film Body Cam, which also stars Nat Wolff, David Zayas, and Anika Noni Rose

Jhené Aiko revisits her Chilombo album to debut the video for “One Way St.” featuring Ab-Soul.
In the video Aiko navigates through the streets of L.A. at night before meeting up with her TDE collaborator in Chinatown.
“One Way St.” is the latest visual off Chilombo, which also features appearances from Nas, Future and Miguel.

Nasty C and Rowlene reconnect for a new stirring collaboration titled “I Need You.”
The new collaboration is in support of Blood & Water, a South African Netflix original, which premiered earlier this week. Nasty C also makes is acting debut on the show, which is currently at no. 1 in USA and South Africa.
I Need You continues a long list of collaborations between the two South Africans including “Phases,” “SMA” and “143” from Rowlene’s 2018 album The Evolution Of A Robot: 2nd Generation.”

Jesse Jagz will be making his long awaited return with a new album titled “Garba” next week. In anticipation of the project, which arrives on Friday (May 29), the elusive Nigerian debuts a new song titled “B.”