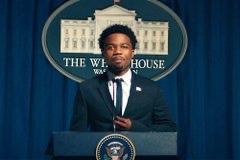 Roddy Ricch finally debuts the video for his chart-topping hit single "The Box." The California rapper premiered the cinematic video, which he co-directed with Christian Breslauer on Friday (Feb. 28).

Watch 'The Box' video below.