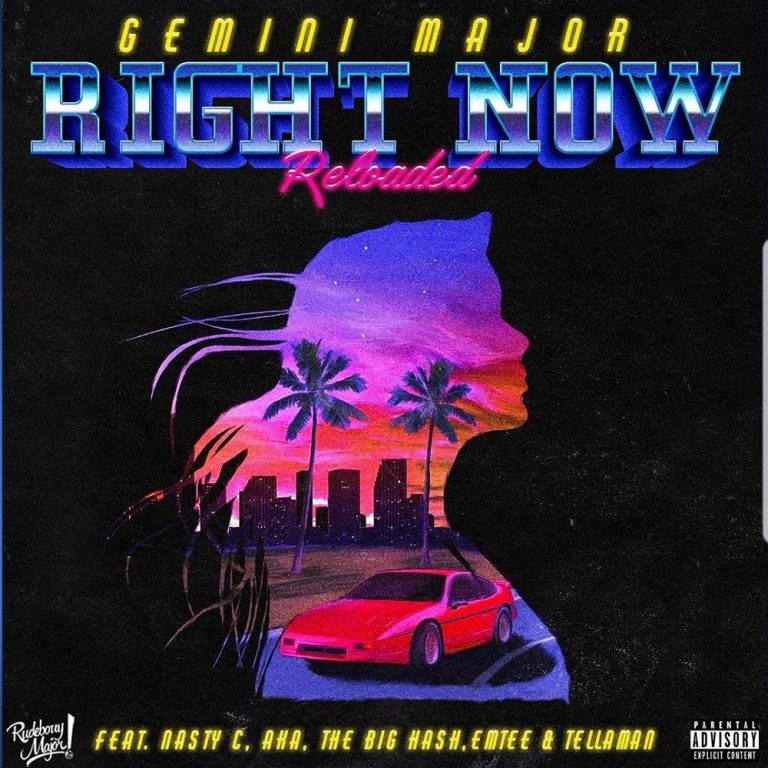 Gemini Major recruits an All-star cast for the remix of his buzzing single Right Now. The updated version features Emtee, The Big Hash and AKA, who sparks yet another talking point with his puzzling jab at fellow-South African rapper iFani: "I need my pussy Maimane/ Do you remember iFani?" He raps.

AKA had an hilarious run-in with iFani back in 2016 after the latter claimed his album hit gold status in one day. AKA rubbished his claims by suggesting the only reason the album sold 20k copies was because his corporate sponsors bought them.

The OG version of "Right Now" dropped last year with verses from Nasty C and Tellaman.