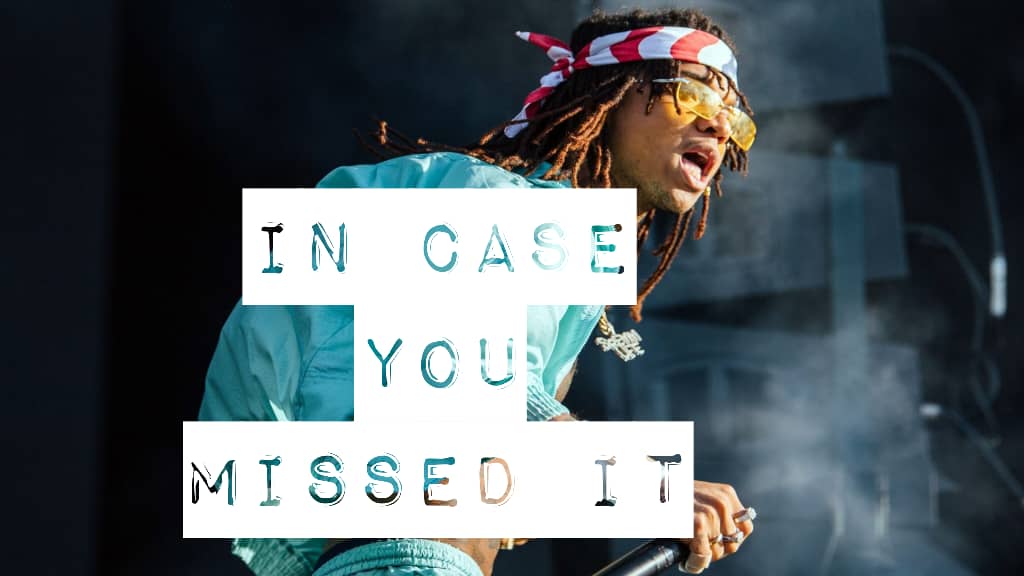 Because we can't always get them all. Here are some of the best new music we missed this week. All in one place for your listening pleasure - We care.

Swae Lee "Back 2 Back Maybach"

Swae Lee teams up with producer JAXX for his first solo offering of 2020 "Back 2 Back Maybach."

The Rae Sremmurd member is currently readying the release of his sophomore album - the follow up to his 2018 solo debut album Swaecation. while we await details for the project, Listen to Swae's new melodic track "Back 2 Maybach" below.

After cozying up with Thee Stallion during Superbowl weekend, G-Eazy serves up more raunchy content on his latest offering "Still Friends" featuring Tyga and Tory Lanez.

2 Chainz & His T.R.U. Label Deliver "No Face No Case" Compilation

Dej Loaf - who was unexplainable absent in 2019 made a return on Friday (Feb. 7) with a new single titled Bubbly. Back in September, the Detroit artist announced that she was working on Sell Sole II, the follow-up to her breakout mixtape.

3 years after the release of The Freeway Series Vol. 2. 60 East returns with the third iteration of the series he started back in 2014. Released in collaboration with producer, Curtiss King Beats -  The Freeway Series Vol. 3: Traffic Jam contains 6-tracks and includes collaborations with Mass Appeal's Fashawn, A-F-R-O, Rane Raps and Chrxstal Sarah.

One of the rap game's fiercest flexers, Key Glock has been shining since he came out the womb. Bringing to life the intro track from the Yellow Tape, Glock shares "1997," a stylish new music video. Produced by Bandplay, "1997" finds Glock telling his origin story, illustrating his fresh-to-death history atop spiky electric guitar and chirping, waltz-time organ: "1997 I came in this world flexin' (Yeah)/Yeah, it was reckless in them trenches, had to make some sh!t happen."

In the video, directed by IThinkEthan, Glock cruises through Manhattan, roasting blunt after blunt in a luxury vehicle, making pit stops at Power 105, XXL, the Cartier store, and the Barclays Center, before returning to the studio and laying down his track.