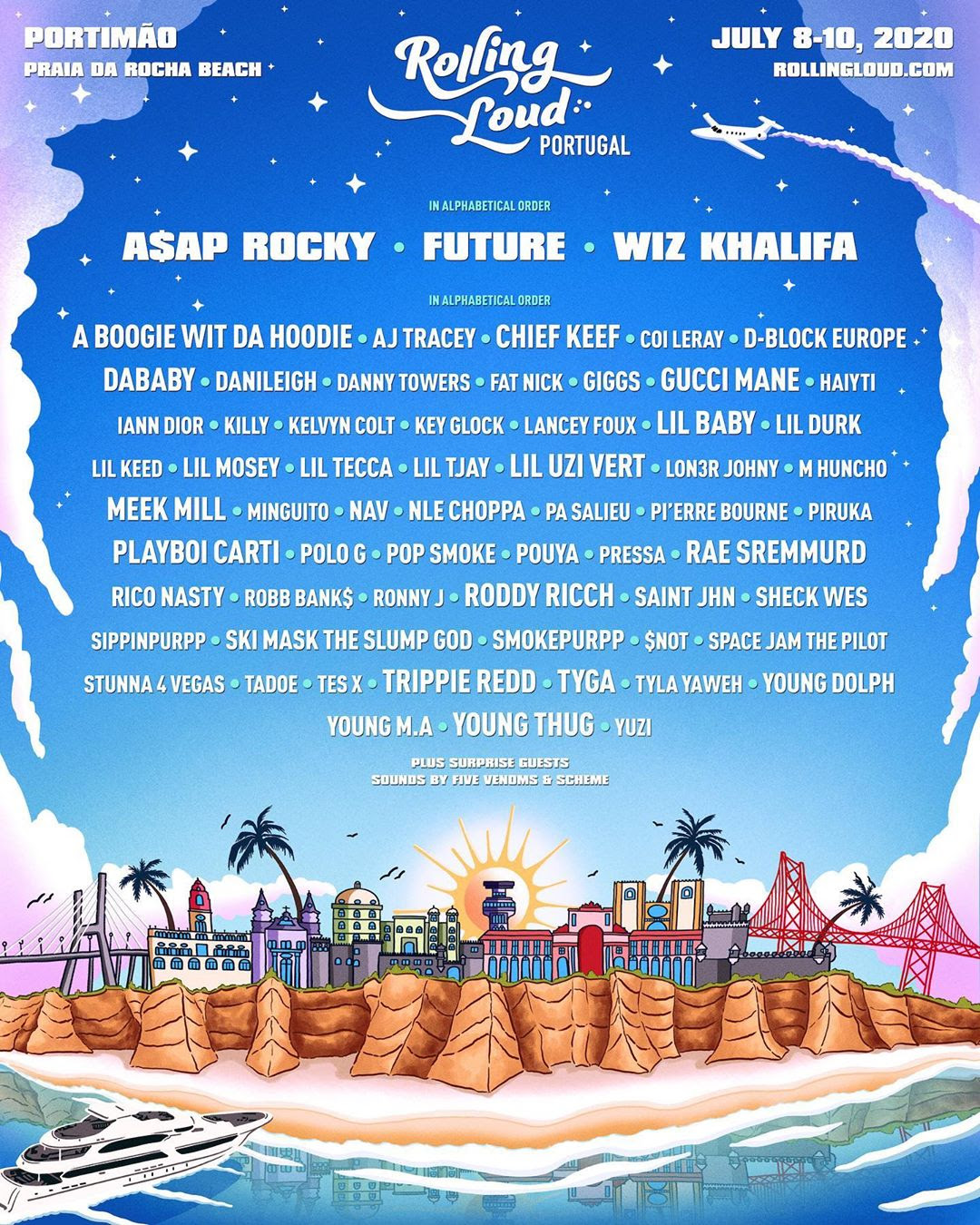 They've hosted sold out bashes on both U.S. coasts and in Australia, but Rolling Loud is always on the hunt for new worlds to conquer. Today, Rolling Loud unveils Rolling Loud Portugal, a brand new edition of the world's premier rap festival.

Tariq Cherif and Matt Zingler, Co-Founders of Rolling Loud, had this to say about the European expansion. "After 5 years of building our audience in the US brick-by-brick, it was time to bring the party to our friends in Europe. The location on the beach in Portugal is the perfect spot to kick off our European invasion.”

Since 2015, Rolling Loud Festival has been a staple in Hip-Hop culture, selling out event after event. With editions in Miami, Sydney, Los Angeles, Oakland, and New York City, Rolling Loud has become an integral part of festival culture and set the bar high for those to follow.  Widely known for attracting crowds in the tens of thousands, the 2019 L.A and New York editions held 50,000 - 60,000 fans per day. Growing bigger each year, their upcoming Miami edition is set to have an incredible 85,000 per-day capacity, proving that the festival's ambitions has no limits.

Last week, Rolling Loud announced the lineup for Rolling Loud Miami 2020, their sixth Miami festival. Headlined by Post Malone, Travis Scott, and A$AP Rocky, this year's Miami lineup is one of Rolling Loud's most impressive yet, providing an all-encompassing snapshot of hip-hop as it enters a new decade of dominance. Occurring on May 8th-10th at Hard Rock Stadium in Miami Gardens, Florida, #RL6 promises to be the most extravagant Rolling Loud event to date. The festival's Black Friday pre-sale event sold out in a matter of hours. GA and VIP tickets are available for sale at the Rolling Loud website.
Truly an unstoppable force to be reckoned with, the upcoming Portugal edition will immediately place Rolling Loud in the upper echelon of hip-hop festivals in Europe.

Pre-sale tickets are available starting 8am GMT on this Thursday, February 6th.

General admission and VIP tickets go on sale at 8am GMT on Friday February 7th.

Check out even more info at Rollingloud.com