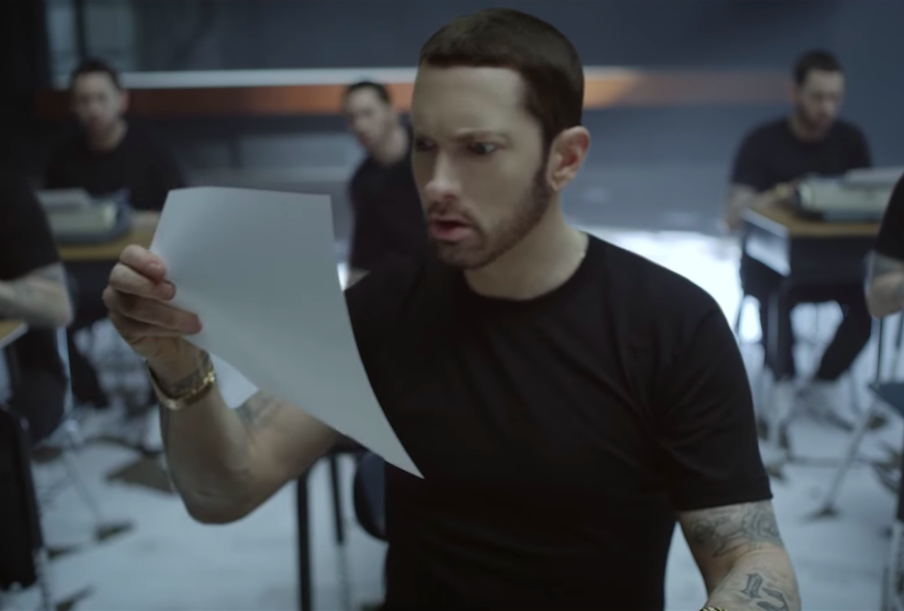 "Cause, see, they call me a menace and if the shoe fits, I'll wear it. But if it don't, then y'all will swallow the truth, grin and bear it."

Eminem faced severe backlash from the public for some of the words used on his new album, Music To Be Murdered By - mostly for his line on "Unaccommodating" featuring Young M.A.

“I’m contemplating yelling ‘bombs away’ on the game/Like I’m outside of an Ariana Grande concert waiting,” he raps on the controversial track.

In wake of the backlash, The Detroit legend has penned an open letter to his listeners and critics, outlining the concept of the project.

"In today’s wonderful world murder has become so common place that we are a society obsessed and fascinated by it,” he writes. “I though why not make a sport of it, and murder over beats? So before you jump the gun, please allow me to explain. This album was not made for the squeamish. If you are easily offended or unnerved at the screams of bloody murder, this may not be the collection for you."

He ended the letter with some impenitent words for his naysayers.

“Certain selections have been designed to shock the conscience, which may cause positive action. Unfortunately, darkness has truly fallen upon us. So you see, murder in this instance isn’t always literal, nor pleasant. These bars are only meant for the sharpest knives in the drawer. For the victims of this album, may you rest peacefully. For the rest of you, please listen more closely next time. Goodnight!”

Music To Be Murdered By is on pace to become Eminem's 10th No. 1 entry on the Billboard 200 albums chart.
Tags Eminem NEWS