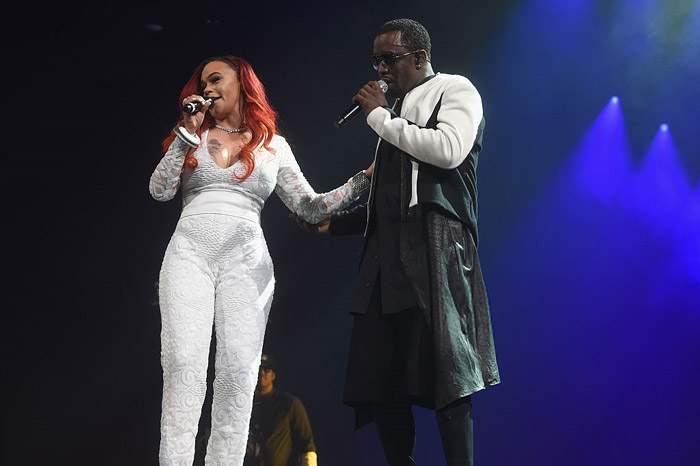 With The Notorious B.I.G. set to be honored at this year's Rock & Roll Hall Of Fame. Diddy and Faith Evans are planning to light up the big event with some surprises.

Sources close to Diddy tell TMZ the music mogul may have something up his sleeve to honor his late friend, though it's unclear if he'll perform or pay tribute onstage. Faith says she's ecstatic about her late-husband being honored as a first-ballot inductee. She also tells TMZ she hopes to partake in some of the festivities honoring his legacy.

Diddy couldn't hold back his excitement when the Rock Hall announced last week that Biggie was being inducted into the Rock and Roll Hall Of Fame.

“Whoooooo!!! I want to share this special moment, special announcement with y’all,” he says in an Instagram video. “Biggie you did it! You did it you muthafucka."

Diddy signed Biggie to Bad Boys Records in 1993 - A year late, the label released Biggie's debut album, Ready To Die. Faith was also signed to Bad Boys when she met Biggie at a photo shoot in 1994. The two got married just days later.

Biggie is among 4 inductees getting called to the Hall as first-time ballots:  Whitney Houston, The Doobie Brothers and T-Rex are the others. Depeche Mode and Nine Inch Nails round out the 2020 Hall of Fame class.

The 35th Annual Rock & Roll Hall of Fame Induction Ceremony takes place on May 2 at Public Auditorium in Cleveland, Ohio. The event will be broadcast live on HBO.