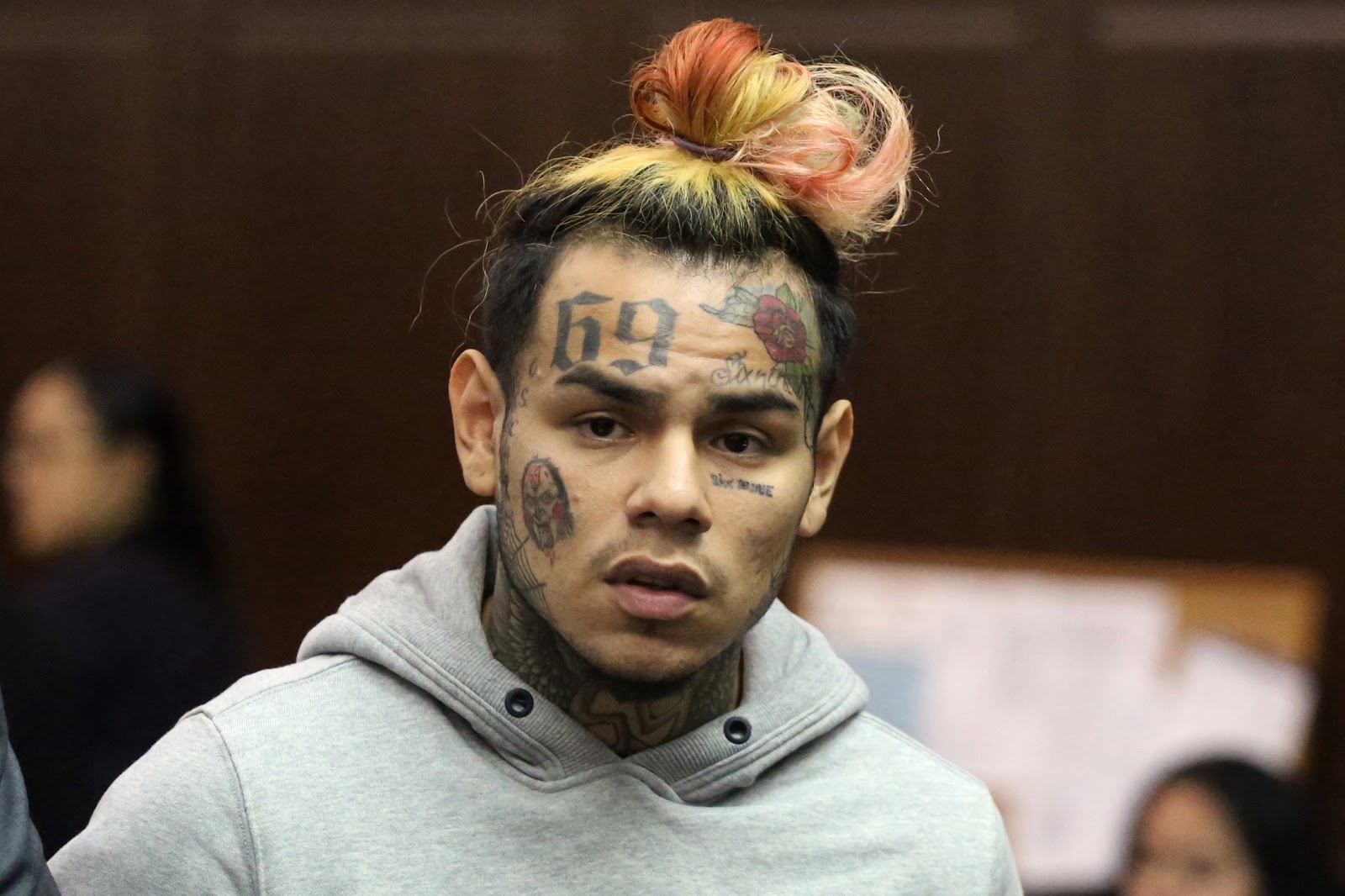 "I'm truly sorry for the harm that I've caused. If given a second chance, I will not let this Court down."

Ahead of his sentencing next week, incarcerated rapper and renowned snitch, Tekashi 6ix9ine pens a heartfelt letter to the judge presiding over his case - judge Paul Engelmayer - begging him for a lighter sentence and second lease on life.

"As my sentencing date approaches, I am becoming more and more overwhelmed with emotions. More than anything, I am extremely grateful for this opportunity to express my remorse to you, your Honor, over this situation," Tekashi wrote in the new court papers.

The 23-year old apologizes for his shortcomings, while reflecting on the "recklessness and foolishness" of his decisions, "I wake up every morning asking myself was it worth it? I know that my life will never be the same but hopefully this change will be for the better because beyond all of this, I still consider myself a role model to millions of people as an artist, a celebrity and as a human being. I'm happy that the public was able to witness me dealing with the consequences of my actions because I feel like it sheds a light on what can come from gang affiliation."

He goes on to add, "Before my arrest I publicly disassociated myself from Nine Trey but I knew that it would come with a price. I knew from previous incidents that the gang would retaliate against me for denouncing them in public.”

Tekashi - born  Daniel Hernandez - says he was "relieved" when federal authorities finally arrested him last year. "I had a feeling of relief when I was arrested by the government because I felt stuck, like the gang had control of my life and that I would never be able to escape their grip. I needed to do something before it was too late.”

He finishes by writing, "I'm truly sorry for the harm that I've caused. If given a second chance, I will not let this Court down and I will dedicate a portion of my life to helping others not make the same mistakes that I've made."

Federal prosecutors had already asked the judge for leniency, according to them Tekashi’s testimony against his former gang members have been “incredibly significant and extremely useful”.

Tekashi's sentencing is scheduled for December 18.