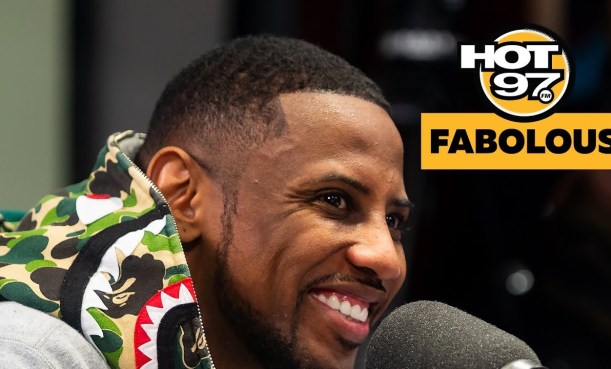 Fresh off the release of "Summertime Shootout 3," Fabolous stopped by Hot 97 to promote the disappointing project.

During his lively chat with the morning crew, Fab touched on his recent controversy with Instagram star Shiggy.

The Brooklyn rapper became a hot topic this week on social media following his Instagram Live broadcast, in which he called out Shiggy for requesting monetary payment for a promotional post. Fab claimed he had asked the Insta-comedian to do the #ChoosyChallenge in support of his Davido and Jeremiah assisted single "Choosy," but Shiggy informed him that he had to receive a check before he posted on social media.

"I saw the internet just had a whole lot of fun with this ... Was it a dull day or something?" Fab said on Ebro In The Morning. "It was all a play to play with Shiggy. Shiggy is a joking person, so you joke back with him. So my joke to him was, this first time I'm seeing him, he was at my show, and just like, 'Wow, look at Shiggy.' So I hit Shiggy just because we was starting the challenge of it and just because I know him personally."

"We have a cool relationship," Fab continued. "So I was just like, 'Yo man, it'd be cool if you do something for the new joint, for 'Choosy.'' And he's like, 'Yeah, yeah, see if you get me a check or something.'"