Interview: Five Steez Opens Up About The Death Of France Nooks 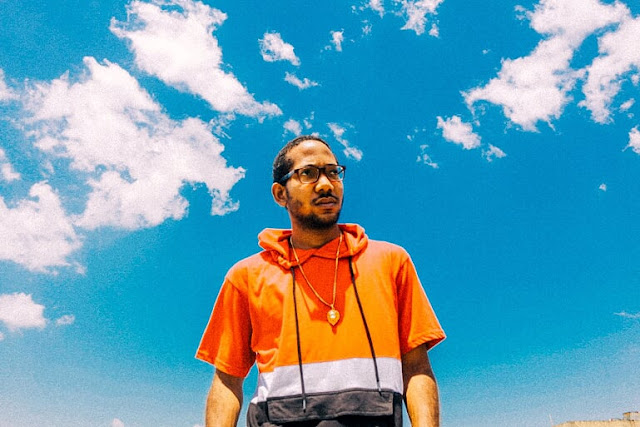 It's been almost 2 years since Jamaican MC Five Steez lost his friend and collaborator France Nooks.  The rapper has mostly shied away from the topic but on his latest EP Pantone released in collaboration with French producer J-Zen, Steez raps introspectively about Nooks' death on the project's closer "We Never Know."

The Kingston native opens the track with a heart-wrenching verse that details his emotions at the time.

"I remember I got the call from Mordecai
Seven thirty two, number unrecognized
Cruising in the ride, Kera at my side
The man was telling me France Nooks died."

I lost my best friend at the age of 15 and I wasn't mentally prepared for it. I wasn't prepared for the shock that comes with the news and the feeling of emptiness that follows. Five Steez's verse resonated a bit with me so I decided to reach out to the rapper to talk about his healing process, the importance of family and why he decided to finally open up about Nooks' death.

CREATIVE: What does family mean to you?

Five Steez: Family is everything. I'm fortunate to still have both parents alive and good relationships with them and my brothers. If there is anyone I can depend on, it's most definitely family.

You've lost so many people close to you. Does the healing process become easier with each loss?

It has to be tough. How do you stay sane?

Life goes on. You heal, you move on. Death is one of life's constants. It's just a reminder to make the most of the time we have.

The death of a loved one is always a touchy subject, but what made you decide to write about France Nooks' death on "We Can Never Know?"

It really was the emotion and sentiment I felt at the time while listening to the beat. I believe this was the first song I wrote and recorded since he had passed. So his passing was fresh in my mind and my lyrics were pretty much my reflection. That's how I came up with the hook and I began with my first verse recalling not only the moment I heard he passed, but my last memory of him -  a week before at a show where we did an impromptu performance - and some of his achievements.

How difficult was it to put the bottled emotions in words?

It wasn't hard at all to put it into words. Partly because this probably rested heavily on my mind at the time and because it's just the truth. What was hard was listening to the song after it was done. I was stuck in my seat and I felt hurt that the song even came to be. I hated that it existed. From I was satisfied with the recording, that was it. I really didn't listen to it much until I started getting the mixes for it some time this year... and I recorded it early last year.

Is "We Can Never Know" the most personal song you've ever written?

It is one of the most personal, for sure. It could be, but it may not be. I've had songs like Slaving on the Plantation, which still resonates with people to this day. That was me simply telling my story at the time and how I felt. I think it's something I tend to do in my music but these songs are probably among the most focused and have the heaviest emotions.

It has been nearly 2 years since France Nooks' death... Where's your mind at right now?

Honouring his name... reminding people about him and his work. He was a talented rapper and also an organiser on the scene. I also want to make the dream a reality and keep taking what we're doing locally to the world for it to be recognized. I know that's what he wants.

What do you think happens when we die?

My honest answer is that I believe I will never know for sure so I don't think too much about it. I believe we're all just energy... and this energy, or our soul, doesn't really die. Where it goes, what it does or what it becomes after... I have ideas, but if I'm honest with myself, I do not know for sure. We Can Never Know...

I've found my music lately has far more references to God than it usually would. I find this interesting because I have a concept that does not fit within the traditional ideas of God. Now that a can of worms has been opened [laughs], I will answer the question by simply saying that I believe I'm fulfilling my duty and purpose, but I'm aware I'm not in full alignment and am working on it.