Interview: MCskill ThaPreacha Explains Why Nigerians Do Not Purchase Music 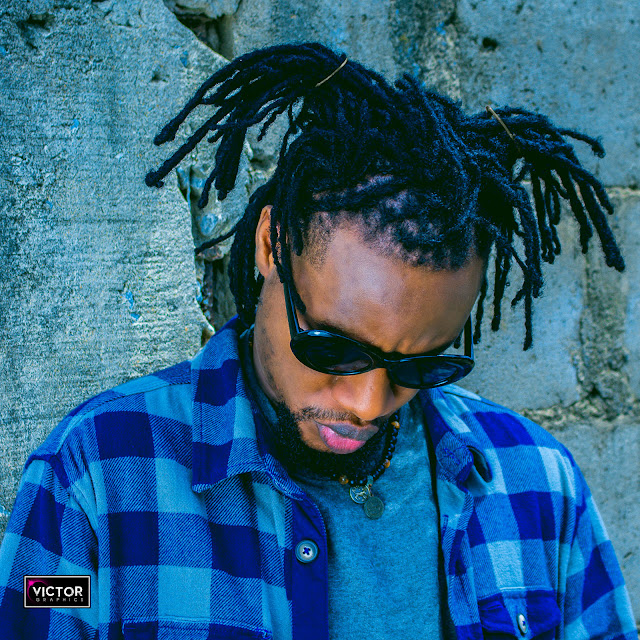 MCskill talks NUCLEUS, retirement and who he makes music for.

On Thursday October 10, Nigerian rapper and activist MCskill ThaPreacha delivered the tenth project of his career NUCLEUS Vol. 1. Released in collaboration with seasoned Nigerian producer Teck-Zilla, Nucleus - albeit short served as  the rapper's spark for 2019.

MCskill wears his heart on his sleeve and possesses no difficulty in talking about his vulnerabilities. The man is a supernatural after all. During my chat with the knowledgeable artist, he admits to reaching his lowest point this year, which prompted his decision to retire from rap.

"I just didn't want to do this anymore," he explains. As a hip hop journalist, who is also a fan.  I  understand the challenges that come with being a conscious MC, so it never occurred to me to dig further about what triggered his decision to retire.

Days before the DOAS rapper released the first installment of his 4-part NUCLEUS EP series, he took time out to discuss the meaning behind the project. While his previous releases are undoubtedly better, Nucleus does a good job of introducing new listeners to his ethos because it showcases a fully rejuvenated artist.

CREATIVE: Let’s start from the beginning. Who do you make music for?

MCskill ThaPreacha: Funny, I've never had to answer this question.. Sounds tricky all the time lol.

That’s what I do. I ask the tricky questions.

There’s so much sincerity in your music. Which song/album of yours would you say fully defines you?

I'll go with Diary of a Supernatural.

Do you write all your songs?

On the average, how long does it take you to finish an album?

All depends on the length/other things I'm involved in at the time but I'd say between 2 weeks - 1 month.

Also recorded "Project-X" in a day but didn't write in one day.

Have you ever had to deal with lack of inspiration?


Yes.. Matter of fact, 2019 has been my lowest point. I just didn't want to do this anymore. I wasn't inspired at all till NUCLEUS came through.

I was going to ask if you ever at some point felt like quitting music, but I guess I have my answer lol.

Haha there's actually a tweet i said "officially retired" but people felt i was kidding. Some reached out via DMs though. It is what it is.

The Internet has made it somewhat easier for artists to interact with their fans. Would you say doing music is easier now as opposed to when you first started?

Interacting with fans, yes, definitely! With the Internet, anyone, absolutely anyone can blow up anytime. All you need is something to go viral and you could literally be in your bedroom while eating good off this music thing but i still can't help but feel its harder to make a name for yourself with the level of competition out here now on the Internet especially if you're just starting out cos you're not just competing with talented artistes these days, you're also competing with the ones with less talent who have lots of money to throw around and further encouraging payola (blogs, radio, influencers etc) so it could be extremely hard for talented artists with little money to make their songs go viral on the Internet. A case of a gift and a curse.

You have some interesting points. The Internet embraces foolery, and popularity has replaced skill set.

So Nucleus... How did this even happen and why Nucleus?

As you know, earlier this year i retired! I was done with this whole thing.. But deep down i wasn't fulfilled, i felt i still had a lot to give the game and to make a come back, i wasn't just going to go make some trap radio records, i had to go back to my core, the essence of my whole existence in this game so i came about NUCLEUS. That's what Nucleus literally means its the "core" of any movement etc. and i decided that instead of making it an album, I would make it a four EP series with my favorite Nigerian Hip Hop  producers at the moment on each series. I went all biology with the whole direction of the artwork cos well its still NUCLEUS. The Nucleus has four important parts (i don't rate the 5th lol) hence the 4 songs, 4 EPs, and 4 Producers.

You just answered 3 of my Pre-planned questions in one go. Outside rapping, do you also read minds?

I clearly do lol I'm a Supernatural remember?

We need to discuss the winning lottery numbers soon.

How do you come up with titles for your projects?

Sometimes i start writing couple of songs on an untitled project and i derive the title from one of the songs and other times, i have a specific direction i want to take the project and i just write on the topics involved. The title thing is kind of unexplainable. Lol it just happens!

Why do you think a large part of Nigerians do not purchase music?


Some just don't see it as doing wrong, they believe they already paid for Internet data and they shouldn't have to pay for music again when they can download it for free while some who can afford to buy music lack information about streaming services, they just assume its expensive so they don't bother checking. Earlier this week i tweeted about the subscription fee for Apple Music and alot of people were surprised its cheap. They genuinely didn't know it was that affordable.

The last sect of people are the ones who know its wrong but will do it anyway because the artiste is not exactly contributing anything to their lives and they don't owe them nothing, they live on the quote "No one owes you shit".

I also discussed this with a rapper from East Africa. His take was slightly different. I asked him why he releases music for free and his response was - he does it because the people refuse to purchase music, so you let them download it for free with the hope it picks up and becomes popular.

He has a point, i did the same thing.. The first project i ever sold was the DOAS Album in 2016. I released 7 projects for FREE before it and DOAS is still my highest selling album till date.

Artists aren’t blameless in this. You don’t think you people (artists) are partly responsible for the disinterest from fans?

Honestly, I have no idea if we are responsible for the disinterest. As an artist, I'm also a fan of other artists and i buy their materials.

So this means no more free albums?

I could still put out some but the fans need to understand we also have to eat.

Making money or inspiring a generation, which means more to you?

P.S: A supernatural can do both lol.

Who has the biggest influence on your music?

Do you have a favorite track on NUCLEUS Volume 1?

Interesting title. Any specific reason you chose that as your favorite track?

Futuristic rhymes as I didn't know the whole beef in Nigerian Hip Hop would escalate to this level so it feels like i wrote the song yesterday.

Stream NUCLEUS here and check back for the part 2 of our interview with MCskill ThaPreacha on Monday.
Tags Africa Exclusive Interviews