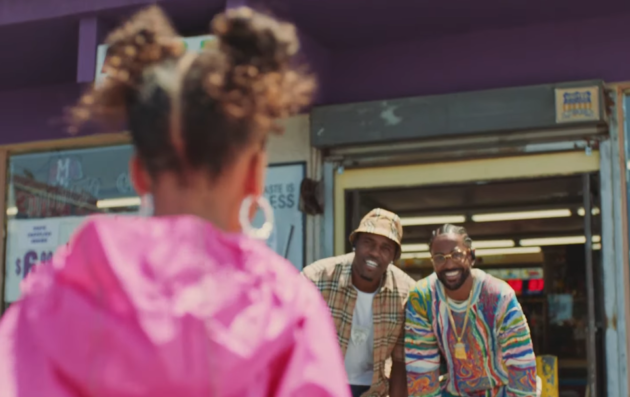 Because we can't always get them all, here are some new songs released this week that you may have missed.

Retch Feat. ScHoolboy Q "On Me"

ScHoolboy Q joins Jersey-based rapper Retch on his new West Coast nodder "On Me." The collaboration is produced by Benjamin Lasnier and Frenzy Beatz.

French Montana snags Cardi B, Post Malone and Rvssian for "Writing On The Wall." The new collaboration serves as the first single from French's forthcoming album, Montana dropping November 2.

H.E.R. pays homage to her hometown of Vallejo on "Slide" featuring YG. The Grammy-winning singer released her full-length album "I Used to Know Her" last month featuring collaborations with Bryson Tiller and YBN Cordae.

Just in case you missed it, On Friday (Sep. 27), Swizz Beatz, Rick Ross and DMX unleashed the video for their EPIX collaboration. The video co-starring Forest Whitaker is in support of the crime-drama series Godfather Of Harlem, which premieres Sunday, September 29.

Wiz Khalifa continues to go ham with the releases. For his latest loosie, the Taylor Gang boss heads to the West Coast to link up with YG for "Shouldn't Matter."

It's been two weeks since Vector dropped the Purge cypher, and yet still no response from M.I Abaga. While we await his inevitable comeback, V.E.C keeps the pressure on with "Tetracycling."

Dave East and A$AP Ferg keep it strictly business in their latest link up. Produced by AraabMUZIK and Musicman Ty, "Business Is Business" is in support of EPIX' new crime series Godfathers Of Harlem.

Big Sean and A$AP Ferg embark on a whirlwind adventure in the video for their Hit-Boy produced collaboration.

"Pantone" will be released on Tuesday, October 1, on all digital platforms, with a free download via Bandcamp.