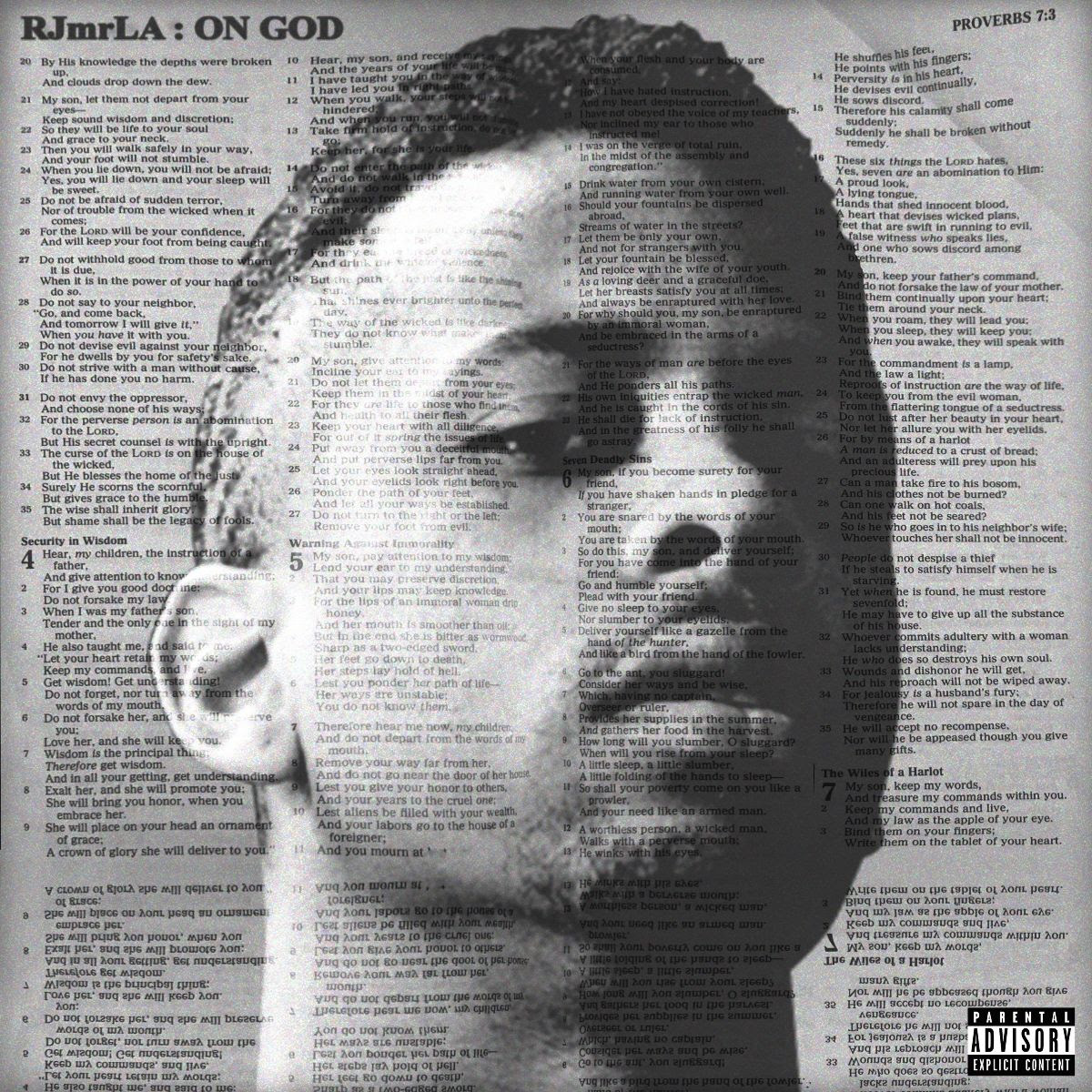 He built a sizable fanbase in Los Angeles with his sing-song flow, impossibly hard mixtapes, and prolific array of riders' anthems--now, RJMrLA is ready to show you the man behind the curtain.

Today, the L.A. rapper shares On God, his long-awaited debut album. Fine-tuning the rhythmic urgency, unshakeable flow, and facility with earworm hooks evident in his previous work, "On God" uses its 20 tracks to examine every aspect of RJ's life, from the chaotic pursuit of stardom in "Rat Race," to his desire to freeze time to spend more time with his family on "Time," to his need to find a moment's peace in "Bang My Line," to his humble origins on the thrilling "Apartment."

The new album is RJ's most sonically varied to date, keeping a firm foundation in the snapping snares and melodic bass of the new Los Angeles sound, but incorporating Southern touches like reverbed guitars, and acknowledging his city's history with glistening pianos and synth strings reminiscent of prime-era DJ Quik.

"The phrase 'on God' has been used in urban society an ample amount of times as somewhat of a promise or basically giving your word that your statement is true," RJ told Complex upon announcing the project in June. "So instead of saying 'I swear to God' we’re saying I Put My Word On God."

Listen to the West Coast rapper speak his truth below.