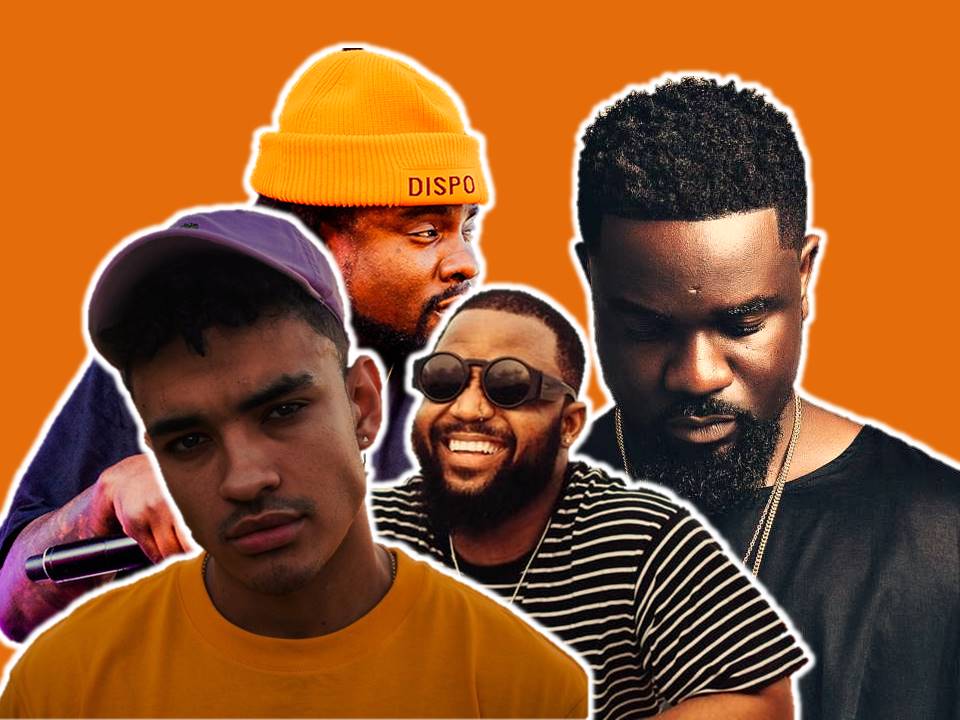 This article was updated on Thursday, November 5.

I was listening to Shane Eagle's Ap3x [Remastered] with Dreamville rapper Bas a few days ago and I couldn't help but notice how natural the collaboration sounds. Shane doesn't sound out of depth and the energy Bas exudes on the track comes off as genuine.
$ads={1}

It's easy to understand why the South African was  theorized to be Dreamville's latest acquisition.


Within the last decade we've witnessed an influx of collaborations between rappers from North America and Africa - but not too many have been this good or memorable... In my opinion at least. Narrowing it to just five, As the relationship between both regions continue to grow, I have decided to spotlight some of the standout link ups between hip hop acts from the two continents.

Sarkodie played to his strengths by choosing to rap in Twi (an Akan language commonly used in the southern two-thirds of Ghana) - I wish more rappers would do this - (Not rap in local dialects) but rap to their strengths. African rappers seldom feel this unwavering pressure of sounding American or foreign on records on the assumption that it's going to make their music somewhat acceptable with the foreign public.

The international Media only takes note when your song becomes a viral hit  or when it becomes financially fulfilling to be associated with you, so your best gamble is staying true to a sound your fans are familiar with. No point in alienating your day-ones just to conciliate a section that very likely won't purchase or listen to your music. Sarkodie played to his strengths and he won.

This collaboration went exactly how I expected it to go, which is in no way a shade to Cassper Nyovest by the way. The South African stunts on his demons with an impressive flow that's bound to leave a bad taste in the mouth of his critics.

$ads={2}
"I can't believe I'm in Times Square/Same spot where they shot Pac/Broke as hell but where I come from/I'm like a king there, I'm in the posh squad/I'm in a Bentley, I'm in an Aston/They like my music there, there I'm like Jackson."

Cassper alludes to being a small fry in the U.S while also stressing his gargantuan status in S.A.

And if that doesn't raise your anxiety levels, he went on to say: "Every single night I could spend your worth."

“Ng'yekeleni” is Zulu for “leave me alone."

[Editor's Note] The first time Cassper met Black Thought was when he flew out to Los Angeles to shoot the video for 428 to LA.

Indigenous raps is not my forte for obvious reasons. (Nough respect to the Indigenous rappers). Collaborations of this nature rarely work out largely due to the contrasting demeanors of the artists involved, but when it works it's beautiful.‬
‪Lambeatz managed to craft a beat polarizing enough for both Phyno and Wale to fully get into. Phyno naturally alternates between English and Igbo (the principal native language of the Igbo people of Nigeria) on both the chorus and his verses, but Wale steals the show with one of the smoothest verses in his catalog.‬

"428 To LA" first appeared on the platinum edition of Tsholofelo. On the track the South African hustler wax's lyrically about his bankroll and contemplates moving to LA. "I cannot pretend that I’m fucking with any of you niggas in the game/I done did everything that’s to be done in S.A/So I might move out to LA."


You can tell Nyovest had fun recording the track. The video is just as hyped if not more, and it features cameos from Black Thought and Sway.

Hip-Hop artists link up on records and the first thing they try to do is outstrip or like us fans love to say “body” the other rapper. Competing is good and all but sometimes you gotta do what's best for the overall vibe of the song, you know? Shane Eagle was smart to let Bas have his day on the track and he's ripping rewards for it.

Hip hop, like any other musical art form thrives on Synergy. Eagle and Bas show what rap collaborations can be when you let the music take its course. In the words of JAY-Z "Let that b*tch breathe."

Not much of a collaboration because this was all Sarkodie, with E-40 - I won’t say this too often delivering a very forgettable verse. Nevertheless it’s another inspiring African, U.S. collaboration that deserves a mention. The veteran Ghanaian rapper gets in his bag over a minimal instrumental and asserts his dominance as Africa’s greatest rapper.
“Time's gonna reveal all the truth I ain't stressing/I'm the best to ever do it this is not even a question/They don't wanna see me great and that be the
Impression I dey get from all these soft ass rappers/You dealling with some top class shutters/Some natural boys that be why your punchlines suffers.”

Two larger than life characters with contrasting personalities. I can’t think of anyone else who would have done justice to this track other than Benny The Butcher. The New York spitter compliments Stogie’s rapping prowess with believable raps about his street credentials.
“I got it all, Everything these rappers got, except bodyguards.”
He later adds. “I could be lashing out but I'm not
Rapping 'bout who I shot/Calling rappers out like I am Chop/Cocaine flow, I bring the trappers out like I'm Wop.” I believe every word he said. All of it.

Different continents same struggle. If there’s an African rapper built with a ready-made cadence for the American market it’s Nasty C. The young South African connects with his idol T.I. to deliver soothing raps that highlights some of the tragedies confronting black men world over. Released at the height of the Black Lives Matter protest in America, Nasty C and T.I. make their voices heard with their long-awaited collaboration.
Tags Africa Editorials NEWS