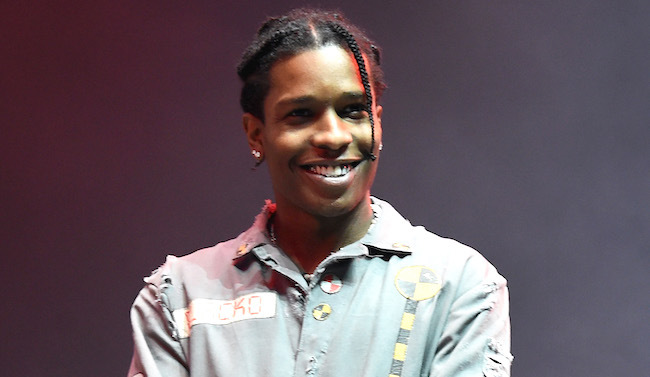 Update: A$AP Rocky has been released and is free to return to the United States. The 30-year old American rapper was released on Friday (Aug. 2) after a Swedish judge ruled that Rocky, and the other two co-defendants are not required to remain in custody while awaiting their faith.

The rapper will return to court on August 14 for his final verdict.

View this post on Instagram
THANK YOU FROM THE BOTTOM OF MY HEART TO ALL OF MY FANS, FRIENDS AND ANYONE ACROSS THE GLOBE WHO SUPPORTED ME DURING THESE LAST FEW WEEKS I CANT BEGIN TO DESCRIBE HOW GRATEFUL I AM FOR ALL OF YOU THIS HAS BEEN A VERY DIFFICULT AND HUMBLING EXPERIENCE I WANT TO THANK THE COURT FOR ALLOWING ME BLADI AND THOTO TO RETURN TO OUR FAMILY AND FRIENDS THANKS AGAIN FOR ALL OF THE LOVE AND SUPPORT
A post shared by PRETTY FLACKO (@asaprocky) on Aug 2, 2019 at 11:39am PDT

A$AP Rocky tells Stockholm court he was scared for his life during street brawl.

A$AP Rocky appeared in court on Thursday (Aug. 1) to recount the incidents that led to his arrest on July 3 in Stockholm. The American rapper told the court that he felt "scared" and only acted in self defense.

"These guys were, you know, their behaviour was very weird and we didn't know what to expect," he explains. "It got a little scary for us. I couldn't help but assume that these guys were under the influence of some type of drugs."

"At this point we are really scared. I saw my security guard being cut, bleeding. We didn't know what to expect with these strangers -- I'm not from Sweden, so it was really scary," the rapper added. "I wanted to go straight to the hotel for safety. I didn't want this to happen. We had no clue where we were, we just knew we weren't close to the hotel."

Rocky, real name Rakim Mayers said his security guard tried numerous tactics to scare the two guys away but it didn't work. The rapper says his bodyguard was following protocol and was only trying to protect him, but maintains he "didn't beat the alleged victim."

Prosecutors asked Rocky about text messages from his assistant, that reads "Harlem came out and smashed a bottle on a person." Prosecutors believe "Harlem" is Rocky and that bottles were used in the fight. The rapper denies hitting anyone with a bottle but admits to shoving the victim out of self defense. He also admitted to holding a bottle briefly during the altercation, but it was never used as a weapon.

Prosecutors later showed another message from Rocky's assistant saying, "I hope Rocky deleted all the videos on his phone and kept only the one."

TMZ reports, prosecutors believe Rocky hit the alleged victim with a bottle, recorded the attack and then deleted it. The rapper tells the court he wasn't  involved in the text exchange and that he only posted a video explaining his side of the story because TMZ had posted a different one that did not show the aggressiveness of the alleged victims.

The alleged victim, who has not been named said he first approached Rocky to ask if the rapper and his entourage had seen his friend. The 19-year old  Afghan refugee claims he didn't know rocky was a celebrity when he approached him. "To me they were just normal people. I didn't recognize them," he said.


Rocky made it clear that he wants justice and not monetary compensation if he's found not guilty in the case.

"I've heard speculation that I could demand damages and money and what not. I don't want any money. I can earn that money back. For me, what I want is justice. And I want my name to be cleared. And justice for all."

The trial is set to conclude on Friday. If found guilty Rocky faces a maximum 2 years in prison.