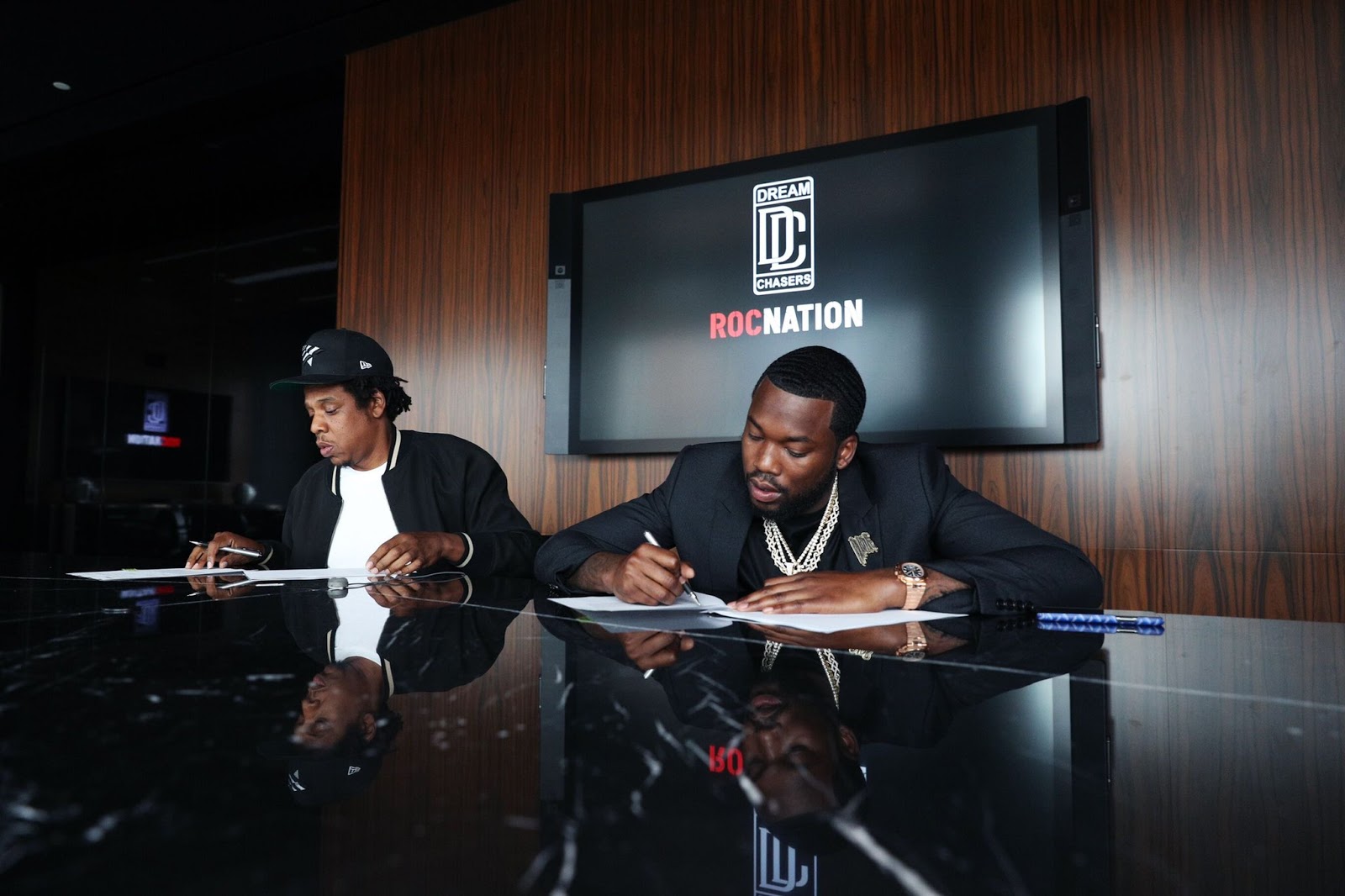 Meek Mill partners with Roc Nation to officially launch his Dream Chasers label, an imprint he started back in 2012. The announcement was made after Hov and Meek Mill signed a contract signaling the partnership at Roc Nation's midtown headquarters in New York city.

“Everything he has done leading up to this point shows he is ready to [lead] the next generation, " said JAY Z as per Variety. "We look at the big picture — this is way beyond signing artists and having hot records.”

“I know he can make music  — you’ve heard it. I think he cannot only make music, but make stars. Not only make stars but make films. What we lacked for so long was opportunity," JAY adds. We didn’t own our businesses.  We’ve never been in this position before, never had this sort of power. Hip-hop is 40-something years old so we’ve just now gotten to the point where we can really affect change. The music and culture we created — we’ve given it away for so long. It’s understandable. You have to clean the floors before you own the building.”


Dream Chasers Records x @rocnation official joint venture label “Black entrepreneur, nobody did us no favors...Nobody gave us shit, WE MADE US” - HOV ✍🏾💪🏾
A post shared by Meek Mill (@meekmill) on Jul 24, 2019 at 5:12am PDT

The Philadelphia rapper will serve as president of the label, where he will over see affairs and build a staff that will spearhead talent acquisition and development, label operations, creative strategy among other positions.

“Creating a record label has always been the next step in my journey as a businessman and I appreciate Roc Nation and JAY-Z’s support on this venture,” Mill said. “I want to take my experiences in the music industry, use them to find young, hungry talent and open doors artists.”

Meek Mill will continue to record for Maybach Music/Atlantic. Variety reports Meek plans on releasing some “new content” before embarking on his Legendary Nights tour with Future.

Earlier this year the Dreams & Nightmares Intro rapper became a corporate co-owner of Lids, a North American company that specializes in sports products.