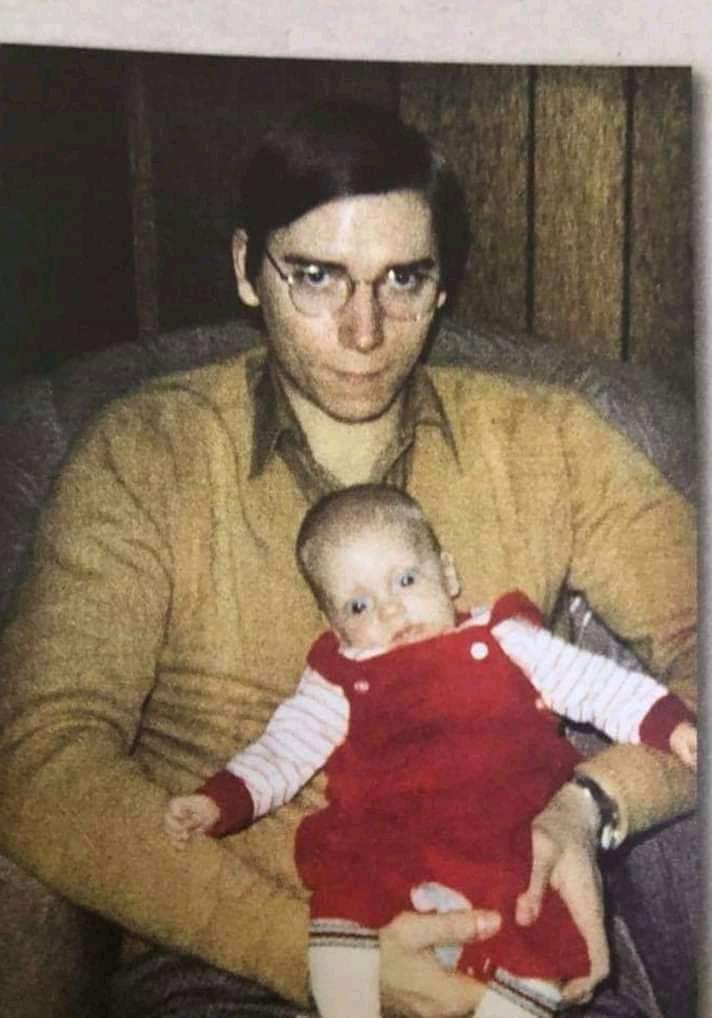 Eminem's biological father, Marshall Bruce Mathers Jr., passed away earlier this week near Fort Wayne, Indiana. A family source tells TMZ that he suffered a heart attack while at home.

Eminem openly spoke about his disdain for his father, most noticeably on the song "Cleanin Out My Closet" from the album Eminem Show.

"My fa***t father must've had his panties up in a bunch ‘Cause he split, I wonder if he even kissed me goodbye," Em raps. "No, I don't, on second thought, I just f**kin' wished he would die. I look at Hailie, and I couldn't picture leavin' her side."

The Detroit legend has said in previous interviews that he wrote letters to his dad as a child but they always come back "return to sender." In 2001, Bruce published a letter to Eminem in a newspaper explaining his side of the story.

"I desperately want to meet my son and tell him that I love him,” he told the Mirror. “I’m not interested in his money. I just want to talk to him. I want him to know that I’m here for him if he lets me back into his life.”

Despite Bruce's best efforts, Eminem apparently never got in contact with his father to reconcile.

According to Eminem's mother, Debbie ... Bruce married her when he was 22 and she was 15, and they had their son (Eminem) two years later. They split up shortly after, and Eminem and his mom settled in Detroit with her family while Bruce moved to California where he had 2 other kids.

The Weeknd's 'The Hills' Certified Diamond

The Weeknd's 2015 hit single The Hills has been certified Diamond. On Friday (June 28) the XO singer became the 23rd artist to have a song earn a Diamond certification from the Recording Industry Association Of America, after the single crushed the 10 million units mark.

"The Hills" debuted at No. 1 on the Billboard at 100, dethroning fellow Beauty Behind the Madness single "Can't Feel My Face." It remained No. 1 for six consecutive-weeks and was remixed by the likes Eminem and Nicki Minaj.

"Can't Feel My Face" might soon be the Canadian singer's second Diamond certification as it has already been named Severn times platinum. His "Starboy" single with Daft Punk is also projected to hit Diamond soon.

Roc Nation's first lady, Rapsody is gearing up to release a new album this summer.

“It’s my ode to the women in my life who have made me who I am, but at the same time I realize it’s bigger than me,” Rapsody tells Essence about the upcoming LP. “It’s more about the village of Black women. I feel like we all have similar experiences and similar stories and very similar inspirations. My last album, that was for me. That was all personal things that, you know, you can listen to and maybe you can relate, but a lot of it was for me.”

The album titled Eve will feature song titles referencing past and present iconic black women including Nina Simone, Oprah Winfrey, Aaliyah and Whoopi Goldberg. The project due out in August will reportedly feature collaborations with Queen Latifah and D'Angelo.

“With this one, I wanted to talk about how important it is to have representation, to have women—Black women—you can look to in your life, whether it’s your mother or your sister, or you turn on the TV and you look at The Cosby Show’s Phylicia Rashad or Cicely Tyson, and now Issa Rae or Yara Shahidi,” Rapsody says. “To have examples you can draw from who look like you—that inspires you and feeds you.”

"Eve" will serve as a follow-up to the rapper's 2017 Grammy-nominated Laila’s Wisdom. We definitely can't wait to hear what it sounds like.

Meek Mill is taking notes from Hip-Hop's first billionaire and is learning to flip his coins. The Philly rapper is diversifying his portfolio and is now a corporate co-owner of Lids, a North American company that specializes in sports products.

"This is my boss year. A lot of what I'm doing, I'm trying to get ownership in a lot of things to where I can still live comfortable the way I was living in my prime years as a rapper," Meek tells Business Insider in an exclusive interview. I'm just trying to build a foundation of some good businesses that'll keep me living good. And, Lids, I've been shopping at Lids my whole life, wearing hats, fitteds, of course, fitted hats and caps, all types of hats. In our culture, it's been a big thing. So, it was something I ain't have to think twice about and always believed in, that it'll work."

He'll also lead the company's creative strategy and release a limited-edition line of hats through the brand in August.

"In the hip-hop game, I have a lot of influence, and I can see things kind of clearer," he continues. "I would definitely love to involve our whole culture in Lids more. Because, first thing we do in merchandise in hip hop, we sell hats, we sell all types of things. And, you know, I have the leverage to actually bring the two together even more. I know they've probably collaborated before, but you know, bring the culture, and get it involved more."