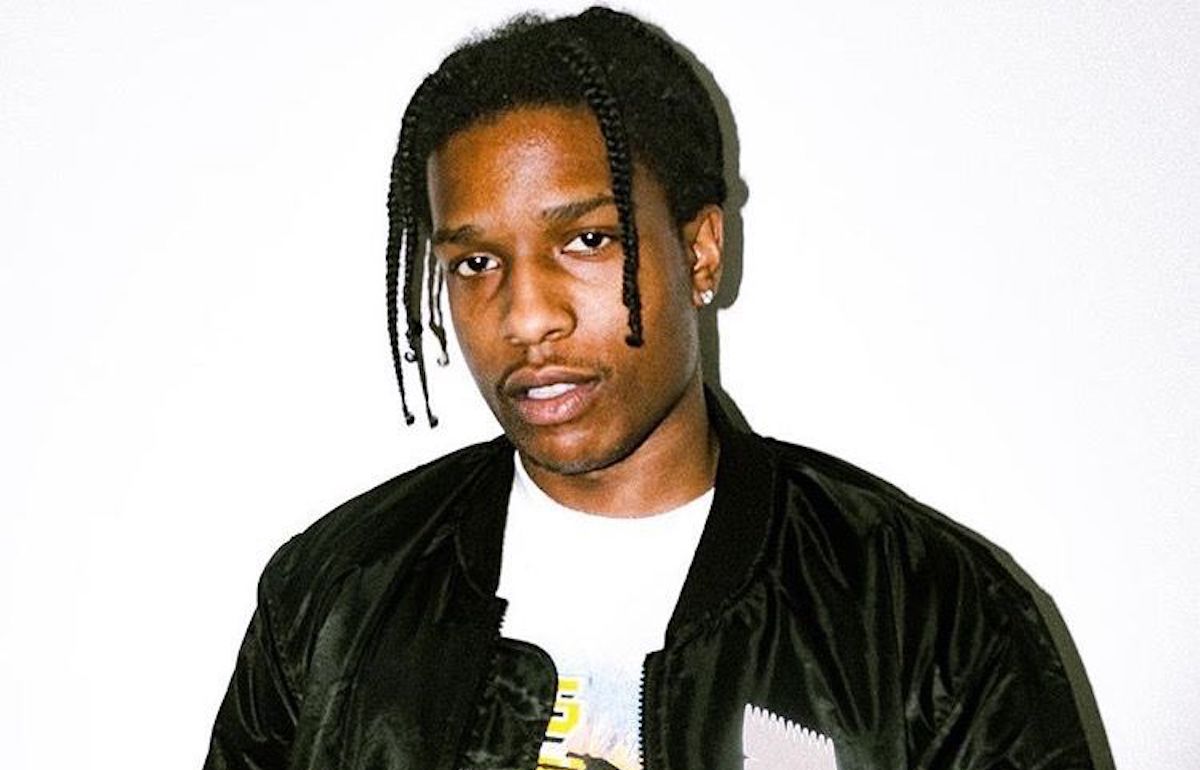 American artist A$AP Rocky is currently locked up in a Swedish prison for an alleged assault. The 30-year old rapper was arrested on Tuesday (July 2) for punching a man on the street in Stockholm after his performance at the Smash Hip-Hop festival on June 30. Rocky claims the man kept following him and his entourage around and "slapping girls butts who passed."

The man was harassing A$AP and his crew for about half an hour before they had enough, TMZ reports. Last week Rocky shared a video on Instagràm that detailed the events leading to his arrest.


SO A FEW DRUG ADDICTS ARE NOT MY FANS , WE DONT KNOW THESE GUYS AND WE DIDNT WANT TROUBLE , THEY FOLLOWED US FOR 4 BLOCKS , AND THEY WERE SLAPPING GIRLS BUTTS WHO PASSED , GIVE ME A BREAK
A post shared by PRETTY FLACKO (@asaprocky) on Jul 2, 2019 at 7:56am PDT

In the video, Rocky and his entourage appear to be in discussion with two young men about a pair of broken headphones.

"So a few drug addicts are not my fans," he said on his caption. "We don't know these guys and we didn't want trouble, they followed us for 4 blocks, and they were slapping girls butts who passed, give me a break."

The rapper later shared another video that showed the alleged victim using his headphones to hit Rocky's bodyguard.

The Swedish detention system doesn't allow for bail to be posted so Rocky will remain locked up till prosecutors finish their investigation.


He’s in Sweeden locked up in solitary confinement with no visit or phone call privileges. They are trying to keep him there for 2 weeks and if convicted he will be looking at 6 years just for defending himself in a fight. He was no way in form the aggressor in this ordeal. Pray for justice #freeflacko
A post shared by HOOD POPE THE PEOPLES CHAMP (@asapferg) on Jul 5, 2019 at 2:15pm PDT


Following his arrest, A$AP Rocky has missed scheduled performances at the Open’er Festival in Poland and London's wireless festival.

The rapper faces up to 6 years in prison if convicted.

J. Cole unorthodoxly revealed his wife is pregnant with their second child. On the song Sacrifices off the newly released Dreamville compilation "Revenge Of The Dreamers III," Cole raps: “She gave me the gift of my son, and plus we got one on the way/She gave me a family to love, for that, I can never repay, I’m crying while writing these words/The tears, they feel good on my face.”

Cole, whose real name is Jermaine Cole married Melissa Heholt in 2015 and they already have a son together. The couple are yet to confirm the news.

Serving as the follow up to his 2017 debut SYRE, 'ERYS' features appearances from A$AP Rocky, Kid Cudi, Tyler, The Creator and his sister Willow.

Stream the album below.