My Rant About Nothing, Thankfully 'SoulSoup" Healed My Soul 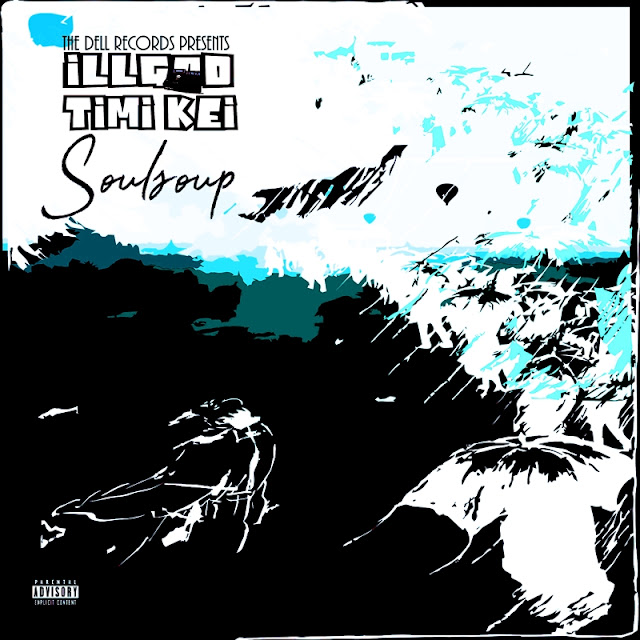 It's not pretty. You've been warned.
I habitually get between five-to-seven messages a day from artists and P.R firms requesting to have their music featured on Creative - These numbers do not include the regular submissions found in the mail. The messages routinely starts off the same: "hey FAM, I got this new fire single/album I think you should hear," or something relating to how nostalgic they sound. After much pressure you finally take a chance on the record only for it to be a  complete dud, that's 2-3 minutes of your life you're never get back. Now you're left with conflicting emotions. Do you hit them back up and let them know their music is uninspiring, or do you carry on with your day and pretend nothing ever happened? There's no right answer.
As much as I truly appreciate the overwhelming interest on our platform, DO NOT DM your music to me unless we talking paid promotion. (This doesn't apply to mainstream artists). If you're in or around New York you should totally hit up Barry Quigley, he would get your music up on the site, but not for free. For the sake of parity, It's important the music goes through the proper channels. We have a few submission mails you can make use of. Read our submit music page to see the kind of submissions we accept. One of the advantages of sending your content through our designated channels is; your music always gets posted, no matter how ... erm... "dud" it sounds. It may take a while but they all get posted eventually. Except for a few cases were the artist fails to provide the necessary information. If you DM your music to me or send it to my personal email, I'm going to flip flop on you like Messi in an Argentinian jersey.
A few years ago Uganda's Segawa Salim, the founder of Urban Hype put me on to one of my favorite African rappers right now, Tucker HD. The track he sent to me was a scathing diss record, released at the peak of Tucker's beef with fellow Ugandan rapper, Code. Calm Before The Storm is menacing, witty and as far as diss tracks go, that shit fucking slaps. Till this day I'm still thankful to him for putting me on to such a talented MC. I'm always open to share new music, especially when it comes from fellow industry sources. Don't just hound me with it. You not paying me.


If you're here right now reading this, I'm sure this is not what you came for ... or is it? You're also probably wondering what this has got to do with SoulSoup 2.

Relax, we're getting there.

When MCskill ThaPreacha hit me up about a week ago - I was pretty sure he was reaching out to talk about his upcoming music and I didn't pay much attention to the context of what was written in his message. As a result I ended up replying to a text he sent some two years back. In my defence, I was high at the time. Thankfully he was nice enough to point it out to me without rubbing it in. The message I failed to pay attention to is the reason you're here reading this long post.

Tha Preacha's description of the duo sparked my interest and made the project something to look forward to. The man knows his hip hop. Out of respect for him as an artist who's relatively an OG in the Nigerian rap circle, I decided to give the track album a chance. I made it my number one priority (not true), but it took me 48 hours or more before I was able to give the project a listen. This write up was initially supposed to be a subtle review of what I think about SoulSoup but I changed my mind mid way through and decided to rant about nothing instead. Ha!

I won't waste much time with Timi Kei and Illgod. This is pretty much the first time I'm hearing of them, and I like to think I pay attention to what the streets is talking about. It's still unclear who is who in the group and what they actually are. Are they even a group? What kind of music do they make? Are they a rapper-rapper duo; or a rap-producer duo? It's hard to tell. The press details I got had next to no background information on them as a collective so let's just focus on the tape instead.

With a title like Soul Soup you don't have to stray too far to arrive on what the overall aesthetic of the album is. The project is definitely different from the traditional music i get, but is it game changing? No. Did they intend for it to be that? Hell no, did they talk their talk on the project? Damn right they did. "SoulSoup" is Mostly healing music sprinkled with a dash of self gloating. What's rap without a little bravado?

"The sky ain't a limit, it's just a stepping stone/And if The Lord calls when I'm getting dough/Imma pick heaven's call on the second tone." Big mood.

The album's title track has a nice swing to it. Nice flow, very melodic and mildly soothing. The rapping displayed is similar to that of Chicago rapper/producer, Neak, except not as boisterous. The production from Illgod, which consists of high snare drums, swirling Guitar strings and hypnotizing piano keys may just be my favorite thing about the project. Illgod's production really comes alive on "I Dunno." It's glorious.

"I Dunno" was my favorite track on the album for a whole 3 minutes, then "Respiration" came on. Listen fam ... Respiration is the one. I love it. Timi's flow is impressive and potent. It's hard not to spin this one back. The album really picks up from there with notable entries "Static" and "Coming Home," only to get derailed by You Can. The subject matter makes it sound like a filler track that should never have been added. Don't bother with it. I wish I didn't.

"Soulsoup" climaxes with a thought-inducing sermon cleverly disguised under the "Smoke A Joint" title. If the purpose of the album some how got lost in between word schemes, "Smoke A Joint" does a good job of summarizing it. Before pressing play, I stared at the title for a whole cool minute. It felt out of place and I really wasn't sure of what to make of it. This is a misstep that doesn't fit in with the entire theme of the album. That's what I initially thought. You should learn not to judge a book by its cover. That's what my late grandaddy would say. I'm not going to spoil the track for you so you can take it in same way I did.

"Soulsoup" is a clever project with some few gems that would be well received in a religious gathering, It can also be used as a redemption arc for those who may have lost their way.

Illgod and Timi Kei takes you to church without forcing you to leave your comfort zone.

Listen to SoulSoup via Bandcamp
Tags Africa REVIEW The Realness