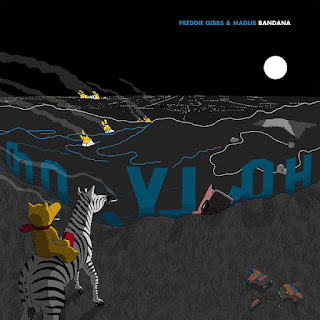 The 15-track effort, which you can stream in full below features appearances from Black Thought, Pusha T, Killer Mike, Anderson .Paak and Yasiin Bey.

"Bandana" is the second release in a planned trilogy of albums, with the first being Piñata. The duo plan to close out the series with a final album entitled Montana.