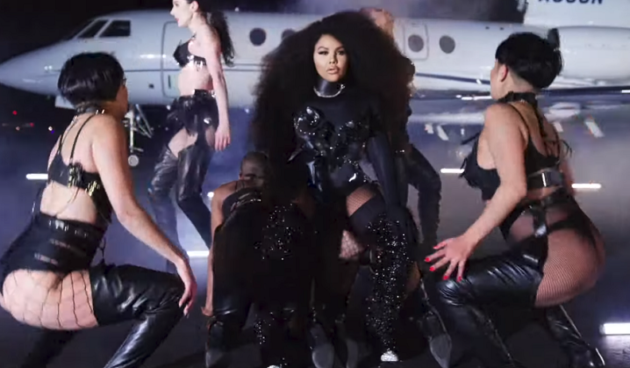 The video directed by Damien Sandoval features cameos from some of her celebrity friends including Ice-T's wife Coco. “Shooting this video was AMAZING! It embodies everything that represents me…fly, fashionable, and luxury,” Kim told Complex who premiered the video. “It captured the essence of the meaning of ‘Go Awff.’ In addition, to have my longtime friend and supporter Laurieann Gibson there adding her amazing choreography gave the video an added spark to what it means to ‘Go Awff!'”

Produced by SoundwaVve and Eritza, “Go Awff” is the lead single from 9 - Kim’s first album in 14 years. Due May 17 "9" will feature collaborations with Remy Ma, Rick Ross, Fabolous and more.