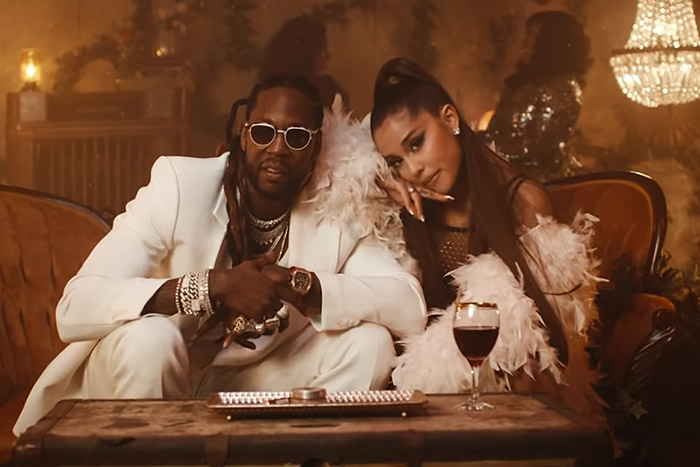 2 Chainz and Ariana Grande display great chemistry in the Sebastian Sdaigui-directed video for their Rap Or Go To The League collaboration "Rule The World."

Despite the presence of big name collaborators including Kendrick Lamar, Lil Wayne and Chance The Rapper, ROGTTL struggled to make a splash - moving just 64,960 units in its first week with 14,912 of those coming from pure sales.

The album debuted at No. 4 on the Billboard 200 album chart. Last week 2 Chains released a video for Money In The Way. Watch it here.