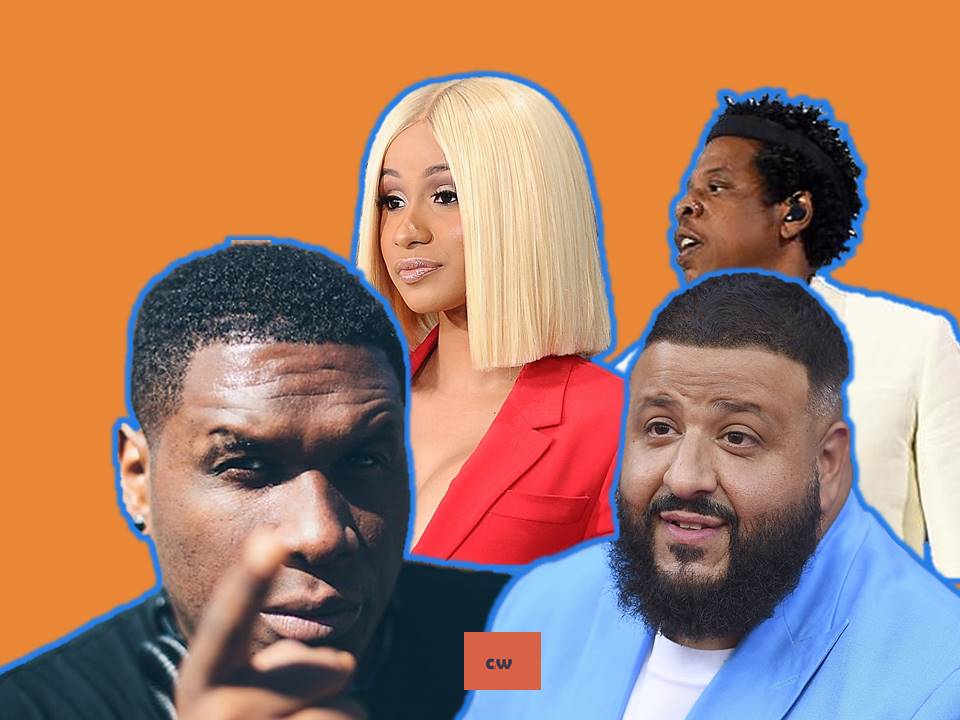 DJ Khaled's long-awaited eleventh studio-album Father Of Asahd finally has a release date. The Grammy award winning DJ revealed via an Instagram video  on Friday (March 22) that the follow up to 2017's Grateful will arrive on May 17 via We The Best/Roc Nation/Epic Records.

In an interview with Billboard, Khaled revealed that the highly anticipated album is being produced by his 2-year old son, Asahd.

"Father of Asahd is my best work up to date. My son is executive-producing it," Khaled told Billboardon on the Orange carpet at the 2019 Kid Choice Awards, which he hosted. "Expect a lot of surprises. It’s coming, it’s close, it’s near."

"Father Of Asahd' will reportedly feature collaborations with the likes of Meek Mill, Cardi B, Chris Brown, Travis Scott and more. Are you ready for Khaled's new album?


I can’t say I’m the greatest, cause I got too much respect for the ones that came before me. BUT So you know I’m one of the motherf**king greatest! #FATHEROFASAHD #MAY17 2019 Coming for THEY Dome 🎯🎶 🤲🏽🦁🔑🌺 @wethebestmusic @rocnation @epicrecords Executive producer @asahdkhaled 🦁
A post shared by DJ KHALED (@djkhaled) on Mar 22, 2019 at 9:03am PDT

"The Blueprint demonstrates JAY-Z’s range, from battle raps throwing shade on his lyrical adversaries such as Nas and Prodigy of Mob Deep, to triumphant anthems about life at the top, to heartfelt examinations of his personal history,” said the Library in a press statement.

In more Hov news, The Roc Nation founder has been announced as one of the headliners at this year's Woodstock 50 festival. The festival which kicks off August 16 and runs through the 18th - will feature perfotmaces from over 80 artists including Chance The Rapper, Miley Cyrus, Common, Vince Staples, India Arie, Janelle Monáe, Earl Sweatshirt and Imagine Dragons.

Tickets for the festival go on saleApril 22.

Here we go again. Every year Jay Electronica manages to say enough to get blogs and fans talking about his highly-anticipated and often-delayed debut album (which we're never getting by the way).

During a recent Q&A held on Instagram Tuesday (March 19), Elect didn't only talk about releasing new music this year, he also sparked talks of a possible joint project with JAY-Z.

One Instagram user asked, "You and HOV doing a project together?," to which he replied, "Possible. Likely. He also answered "Yes" when a different user asked if he'd be releasing any new material this year.

He was also asked if Hov had anything to do with the album's delay. "Not at all, in fact there is no delay," he replied.

There you have it folks.

I'm very confident neither of the speculated projects will get to see the light of day but let's hope I'm wrong.

Elect's last and only official project Act I: The Eternal Sunshine (The Pledge) was released 12 years ago. Maybe 2019 is the year we finally get his debut album? (Nah).

Cardi B Files To Trademark "Okurrr"

Cardi B continues to make Money moves. The Grammy Award-winning rapper is on the verge of trademarking her famous "Okurrr" catchphrase. Her company Washpoppin Inc. filed paperwork to trademark the phrase she made popular with the United States Patent And Trademark Office earlier in March.

She also plans to use it on “paper goods, namely cups and posters." She has also filed a separate application for “Okurr” with two r’s. Just in case somebody tries to pull a fast one.

The catchphrase was popularized by Cardi and was recently the center of her Superbowl Pepsi commercial. Watch it below.

The Bodak Yellow rapper set to star in her first feature film alongside Keke Palmer and Jenifer Lopez. Cardi will play the role of an ex-stripper in the upcoming movîe Hustlers.

Hustlers' is a film based on a squad of New York strip club employees who are attempting to seek revenge on some of their wealthy Wall Street clients. The film also stars Constance Wu, Julia Stiles, Lili Reinhart, and Mercedes Ruehl.


Creative-Weekly is a highlight segment on some of hip hop's biggest moments you may have missed.