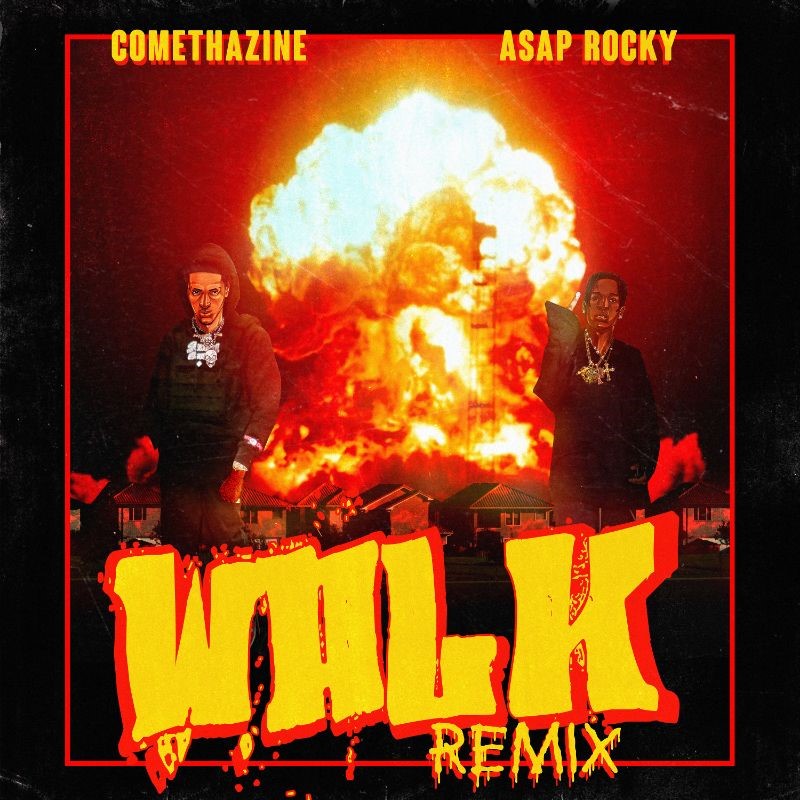 The Alamo Records Signee Shares a Fiery Remix For His Biggest Hit, Premiered by Beats 1, As He Prepares an International Tour.

One of the new generation's titans of turn-up, Comethazine is rapidly blowing up. In 2018, Comethazine released "Walk," a woozy and speaker-knocking banger, which grew into a massive hit, with more than 103 million streams on all platforms. Today, Comethazine recruits A$AP Rocky for the "Walk" remix.