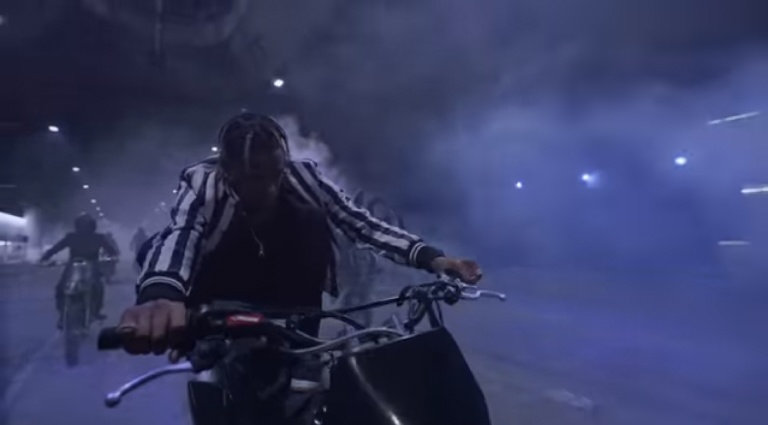 Fresh off his lackluster half time performance at Sunday's Superbowl LIII, which was won by the New England Patriots. Travis Scott switches the focus to his latest album ASTROWORLD to release a video for "Can't Say" featuring Cactus Jack Records artist Don Toliver.

The video directed by Nathalie Canguilhem finds La Flame cruising through the CGI enhanced streets of Houston with a biker gang while donning matching uniforms.

Released in August, Astroworld debuted at no. 1 on Billboard's 200 album chart with an incredible 553,408 copies sold in its first week.