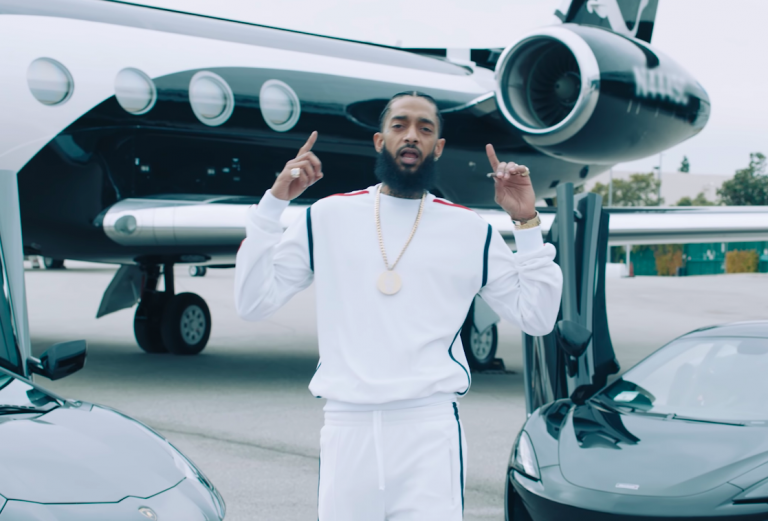 Nipsey Hussle lives it up in the new video for his latest offering "Racks In The Middle."

The collaboration featuring Roddy Ricch and Hi-Boy is reportedly the first offering from his upcoming yet to be titled Sophomore album. His debut LP Victory Lap was nominated in the Best Rap Album category at the 2019 Grammy Awards but lost out to Cardi B's Invasion Of Privacy.

Watch Nip's lavish "Racks In The Middle" video below.