Tyga & Soulja Boy Diss Each Other Over Blueface's "Thotiana" 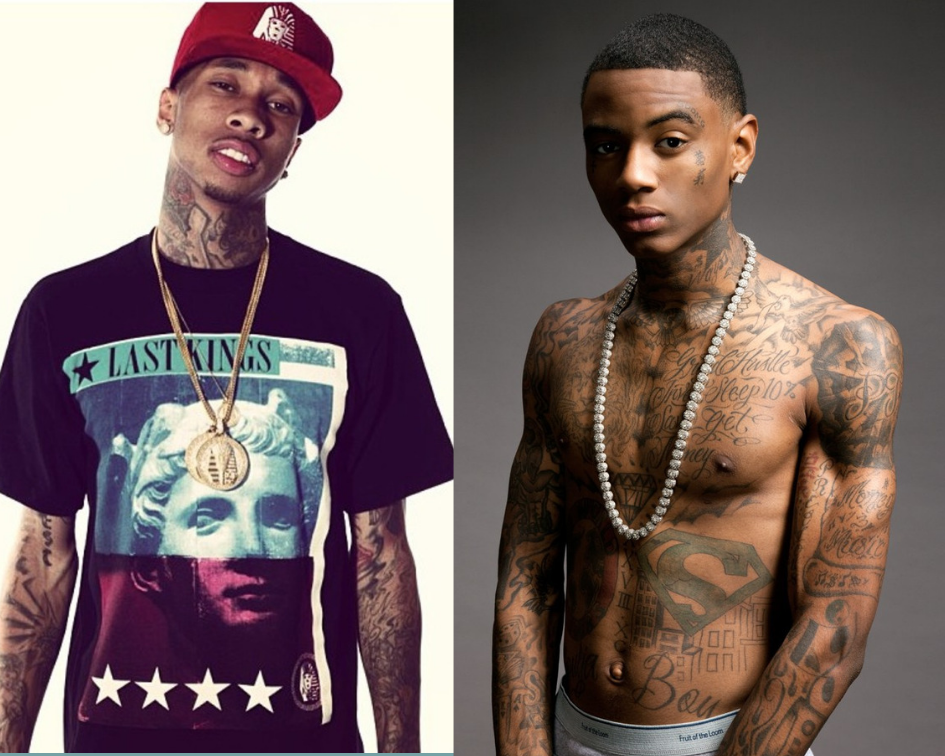 
Tyga recently stopped by Power 106's L.A. Leakers show to drop some bars for the people - and as expected, Soulja Boy wasn't left out.

"Nigga call me a goat, don’t call it a comeback,” he raps on a freestyle to Blueface’s “Thotiana.” “Seven million records, nine months, where Soulja at? / I can make the same song / Bitches still play that / Running around saying that you made me, why you say that?”

Earlier in the year, during his Breakfast Club interview - Soulja Boy made fun of Tyga when it was suggested that the Last Kings rapper had the best comeback of 2018.

Soulja must have cut wind of Tyga's L.A. Leakers diss and has responded with a full diss track.

Over Blueface's annoying Thotiana single, Young Draco raps about sleeping with Blac Chyna with Tyga's child in the next room. "Niggas don’t want drama/ Word around town, I f*cked his baby mama/ Yeah, ka-boom/ With your son in the other room,” Soulja raps.

Hopefully Tyga doesn't respond. This has the potential to be the weakest beef of all time.