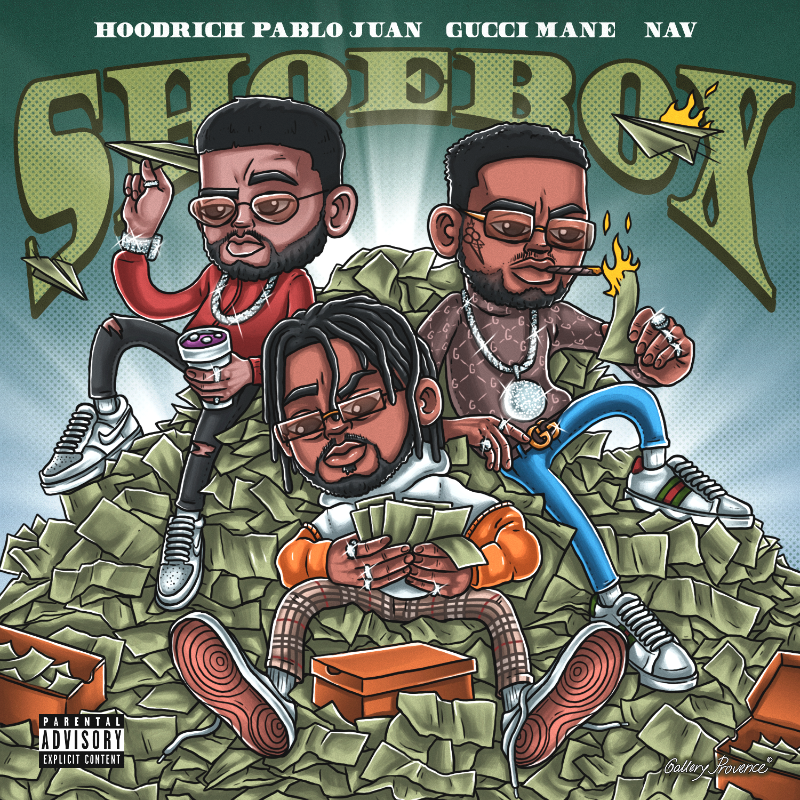 Forming a formidable tag team, the three rappers take turns describing their extravagant lives, each trying to one-up each other's boasts: "Park perpendicular, hopped out the venture doors/Screamed fuck a hater to no one in particular," rhymes Gucci; "I was trappin' out a Honda Accord," says NAV; "I be fresh to death like I'm deceased," boasts Pablo.

"I've been laying low for a minute now, but it's time to remind people who might have forgotten about my impact," says Pablo about his upcoming project. "I had to go in and remind everyone what I bring to the game can't be replicated. That's why I called the project BLO. There are a lot of great features, like Nav, Guwop, and Thugger, but the focus is still on me."