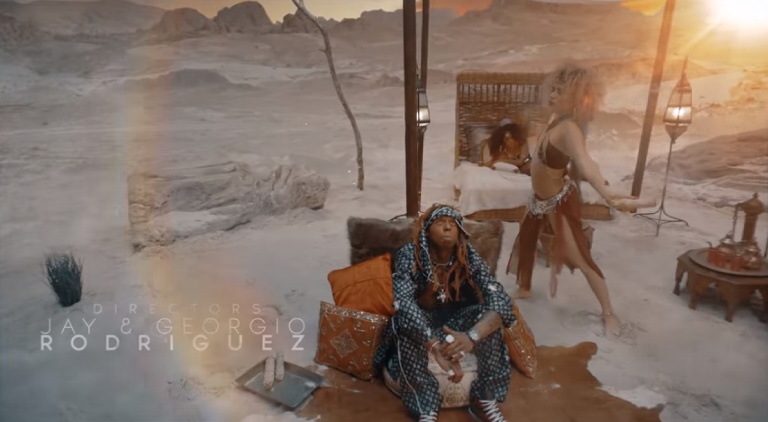 Lil Wayne drops off a post-apocalyptic visual for his Tha Carter V collaboration with the late XXXTentacion "Don't Cry."

The clip directed by Jay and Georgio Rodriguez opens with Tunechi sitting on  scruffy desert land with beautiful women. It later switches to him being served wine while sitting on a throne. The late X is interpolated into the video using old pictures and performances from his archive.

The project debuted at the No. 1 spot on the Billboard 200 and moved 480,000 album-equivalent units in its first week.
Tags Lil Wayne VIDEOS XXXTentacion