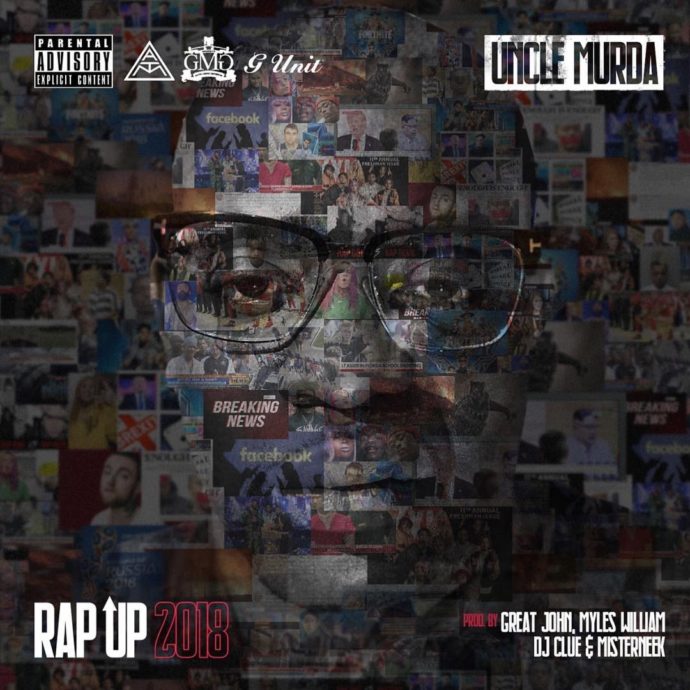 Uncle Murda unapologetically stole Skillz's idea and made it a whole lot better. On Monday (Dec. 31) Lenny Grant delivered his 2018 report card and he doesn't hold back.

"It's that time of year again, Don't Come Outside, Vol. 2 on the way," Murda says on the intro. "Y'all only rock with me 'cause I'm disrespectful. Y'all know I don't care 'bout these niggas. Happy New Year."

Using his customary comedic flows and ad-libs, the East New York OG addresses a lot of topics that made headline in 2018 including Tekashi's run in with the feds, cardi B and Nicki Minaj's altercation at Fashion week, Drake and Pusha T beef, Meek Mill's return from prison, Dipset's reunion, Cardi B and Offset's relationship, Jacquees' king of R&B claims, Dwight Howard's alleged love for trannies and a bunch of other things.

The Brooklyn rapper also had some scathing words for Kanye West

Don't want no 350s 'round me, Drake said it the best
He think Drake fucked Kim K, that nigga stressed (He did)
He out here with Donald Trump dick on his breath," Murda raps. "You be embarrassin' yourself when you in a public settin', Ye/
Now I see why Jay Z ain't go to your weddin', Ye (I see why)/
And you got lipo, what's next, Ye, ass shots?/
With that red hat lookin' like a Donald Trump mascot/Nigga lost his mind, he need to lose his voice/ How you on TMZ sayin' slavery was a choice? (How?)/Don't put no new music out, we don't wanna hear that shit/ You a coon and you fucked up Teyana Taylor's shit (Fuck boy)

Earlier Skillz - the originator of the rap up - dropped his less humorous version. Listen to it here.