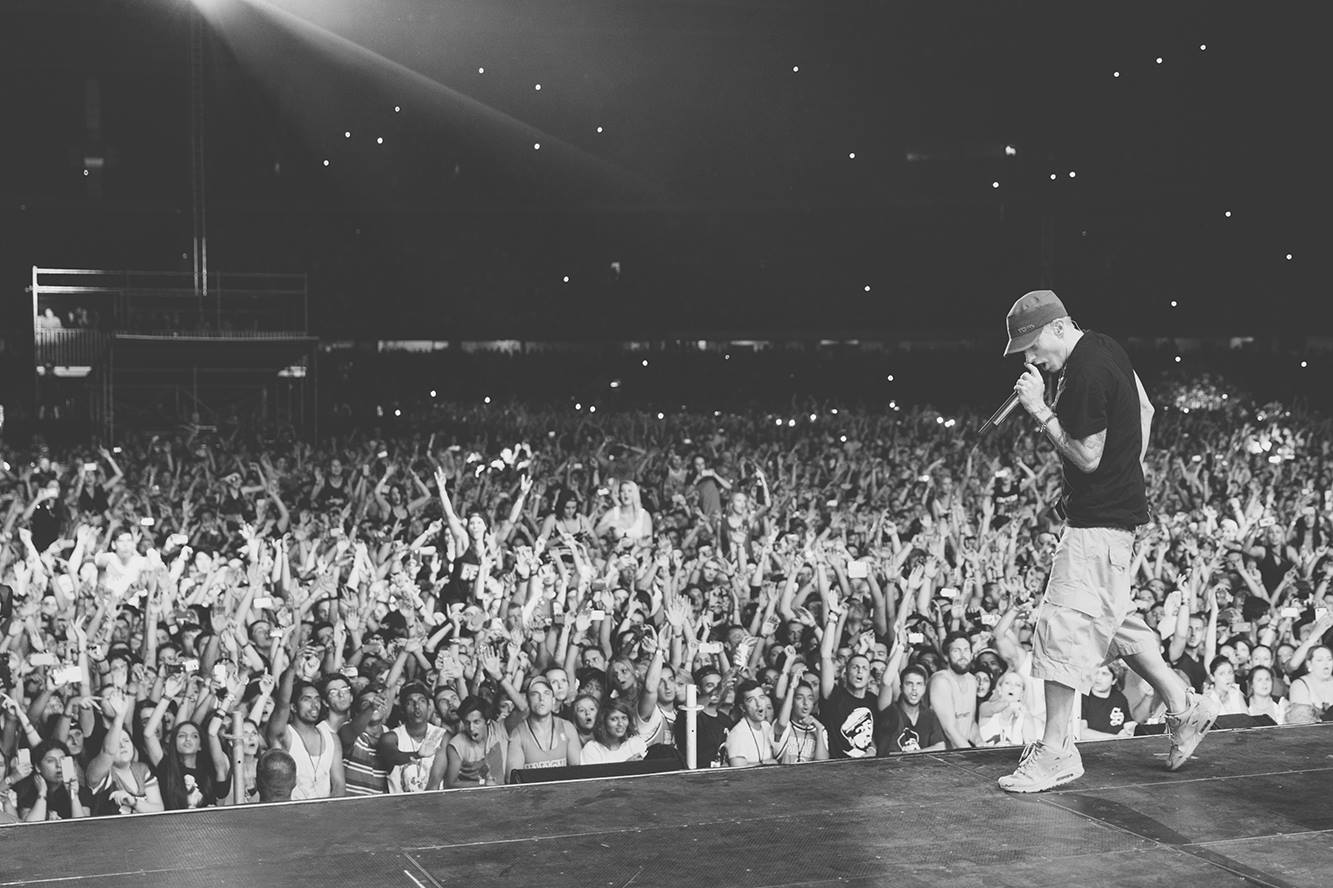 Eminem delivers a ten minute freestyle inspired by the new battle rap film Bodied - which he co-produced alongside Paul Rosenberg.

"Kick Off" video shot on location at The Shelter in the basement at St. Andrews Hall in his hometown of Detroit opens with the Detroit legend explaining what battle rap means to him.

"I’ve always looked at battle rap as a competition where the main objective is to destroy, completely fucking obliterate your opponent by saying anything and everything, whatever the fuck you can to get a reaction from the crowd,” says Marshall. “So nothing’s off limits.”

From there he goes on to rap for 10 minutes plus about a bunch of things I'm too lazy to remember (Don't judge me). Just listen to the damn freestyle below and let us know what you think.

His ninth-studio album "Kamikaze" is out now.