Drake Explains Why He Didn’t Respond to Pusha T 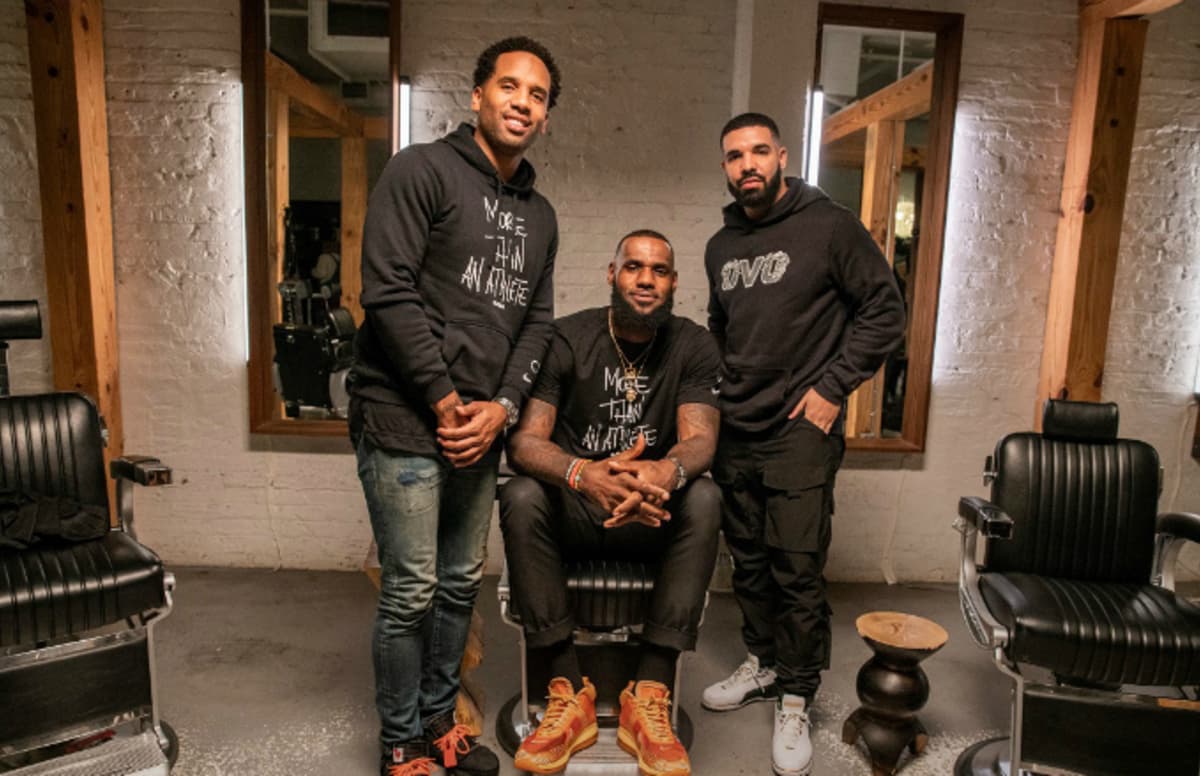 Drake finally speaks on his beef with Kanye west and Pusha T.

During the latest episode of LeBron James and Maverick Carter's The Shop show on HBO, Drake - who served as special guest used his time on the show to answer some lingering questions including what really happened in Wyoming between himself and Kanye West. Drake reveals he spoke to West about his no longer secret child and the issues he was having with his baby mama Sophie Brussaux.

"I'm in Wyoming, I play him “March 14.” I send him a picture of my son, I tell him I’m having trouble with my son’s mother. We had a conversation," Drake explains. He also insinuates kanye west tried to purposefully sabotage him by releasing YE, Daytona and the other G.O.O.D. Music albums so close to Scorpion release date. “I wake up, and all these dates are out. One by one by one. All of them around June 15."

The 31 year old Toronto native believes Kanye West manipulated him into disclosing detailed information about Scorpion which was still a secret at the time. “[Kanye] sold me on this whole speech, like, ‘I’m in a great place, I’m making money, I’m a father. I wanna be Quincy Jones and help you, but in order to do that, you gotta be transparent with me and you gotta play me your music and tell me when you’re dropping,’” Drake says.

For what it's worth - Kanye West has since denied divulging information to Pusha T about Drake's child.  "I did not have any conversations about your child with Pusha. I don’t play with the idea of people’s children," Ye tweeted weeks before deleting his social media accounts.

Drake also confiremed he recorded a response to "The Story Of Adidon" but decided not to release it because he didn't want to give Push anymore free press.

"Rap purists and people who love confrontation, they love to say, “There’s no rules to this shit!” There are fucking rules to this shit. I'm gonna tell you something, I knew something was gonna come up about my kid. They had to add the deadbeat dad thing to make it more appealing, which is fine. The mom and dad thing... Whatever. You don't even know my family. But wishing death upon my friend who has MS... I study rap battles for a living. When you mention defenseless people who are sick in the hospital, who have passed away, I just believe that there's a price you have to pay for that. It’s over! Someone’s gonna fucking punch you in the fucking face. The shit’s done, the event’s over. I wanted to do other things. I didn’t want to further your career by rapping back to you and having this exchange."

Despite calling it trash, he did give props to Pusha T for how he went about the now infamous diss track saying, it was a hell of a chess move.”