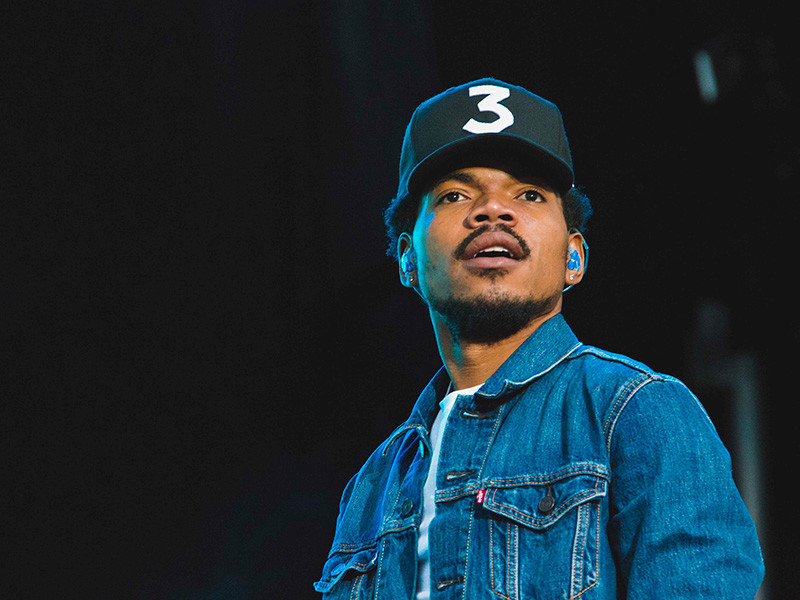 Compton and TDE rapper, Kendrick Lamar graces Vanity Fair's August Issue ("The Gospel According To Kendrick Lamar"). In the accompanying interview, Lamar opened up about being the first hip-hop act to win a Pulitzer, "It's one of those things that should have happened with hip-hop a long time ago," Kendrick tells Lisa Robinson. "It took a long time for people to embrace us—people outside of our community, our culture—to see this not just as vocal lyrics, but to see that this is really pain, this is really hurt, this is really true stories of our lives on wax."

The rapper also spoke on white people's usage of the "N-word."

"Let me put it to you in its simplest form. I’ve been on this earth for 30 years, and there’s been so many things a Caucasian person said I couldn’t do. Get good credit. Buy a house in an urban city. So many things–‘you can’t do that’–whether it’s from afar or close up. So if I say this is my word, let me have this one word, please let me have that word.”

Lamar is currently at the summit of rap, but he still hasn't forgotten the early impact artists like Eminem had on his life. "Eminem is probably one of the best wordsmiths ever. There’s a whole list of why, but just bending words. . . . The Marshall Mathers LP changed my life.”

Lamar also spoke on his writing process, ("I spend 80 percent of my time thinking about how I’m going to execute, and that might be a whole year of constantly jotting down ideas, figuring out how I’m going to convey these words to a person to connect to it."), Colin Kaepernick ("It’s enraging; I think what Kap [Colin Kaepernick] is doing is honest, and it’s not just his truth, it’s our truth.") and Kanye West's support of Trump ("He has his own perspective, and he’s on this whole agree to disagree thing, and I would have this conversation with him personally if I want to.”)

During the season finale of Complex's new show "Open Late With Peter Rosenberg" Chance The Rapper revealed that he has a 7-track album with Kanye West coming out. "I'm gonna do a seven track with Ye,” said Chance. “I’m supposed to be working on it in July.”

He also talks about his upcoming collaborative project with Donald Glover.

"I’ve been actively like working on the project with Childish [Gambino],” shared Chance. “Kanye is my favorite rapper that I followed without knowing for a long time, and Donald Glover was the first rapper who was like, ‘Come on tour’ with me, I like your shit’ — that no one’s ever heard of, my 10 Day shit. ‘I want you to come out on the road with me.’ Those are dudes that, like, are like, I wanna do everything. I wanna work on as many things as possible.”

"We got six songs, that are all fire. But I think the album’s gonna be more than, like, more than 14 songs," Chance continued. "I think it’s gonna be, like, a full thing.”

The Chicago native also speaks on his love for Lil Wayne, his relationship with Dave Chappelle and if he plans on selling his next album.

According to Spotify, "Scorpion" was being streamed 10 million times hourly.

Speculations of where LeBron James is headed next was finally put to death on Sunday (July 2) when ESPN's senior NBA insider Adrian Wojnarowski revealed via twitter that the NBA superstar has agreed to a 4-year deal with the Los Angeles Lakers.

He followed it up by quoting his earlier tweet with info concerning Kawhi Leonard's next destination saying his "focus is unchanged: he wants to be a Laker."

Sources: As trade talks have unfolded, Kawhi Leonard’s focus is unchanged: He wants to be a Laker. https://t.co/0wZGf5MrNt
— Adrian Wojnarowski (@wojespn) July 2, 2018

LBJ, who became a free agent on July 1st hasn't publicly spoken about his decision yet but he did share a post to his Instagram story that reads, "Thank you Northeast Ohio for an incredible 4 seasons. This will always be home."

This marks the second time LeBron is leaving Cleveland in search of a ring. In 2010 he teamed up with Dwayne Wade and Chris Bosch in Miami, where he won two rings.

The Lakers haven't made the playoffs in five seasons.