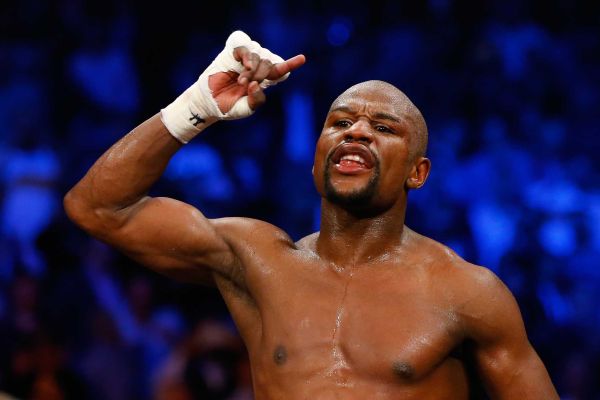 The rivalry between Floyd Mayweather and Conor McGregor keeps getting interesting. Earlier, Floyd teased McGregor with video footage of himself stepping into a UFC style octagon in what most sports fans believe is an attempt to bait the UFC fighter. Sources connected to Floyd tell TMZ that the legendary boxer rented out the entire syndicate MMA gym on Monday for a private session.

McGregor quickly responded to the video on twitter with, "Hahahaha very good. Keep up the good work my son. Yours sincerely, Senior."

Whether Floyd actually practiced mixed martial arts while in the gym is still being kept a secret.

Since losing to 40-year-old Mayweather last year, McGregor has attempted to entice the American into a rematch, but this time ... under mixed martial arts rules.

"If he wants to, lets fucking do it," Conor said. "There's not a hope in hell… I'd like to see him come over to our side and have a knock."

A fight of that magnitude would be huge on the commercial front, something Floyd is more than aware of. TMZ now reports that the currently retired, undefeated boxer has scheduled a meeting with the president of Showtime Sports and event programming, Stephen Espinoza to talk about the possibilities of a MMA fight.

"It will be a topic of conversation," Stephen told TMZ Sports."

As for how much Floyd would demand for the fight to happen? Well, according to Espinoza ... It's bigger than 8-figures

Espinoza's words sounds like Showtime are 100% behind it, so it could yet happen.

Back in December during a live stream, Floyd once again teased a possible MMA switch, saying;

A soon to be 41-year old Mayweather, in all honesty would get annihilated if he decides to step into the world of UFC, but for a billion? I'm more than sure that's a loss he could live with.


Since you're here, Creative is looking for freelance sports writers. If you think you can do the job, send an email to mtebizness@gmail.com with the [topic sports writer]. We'd love to have you.
Tags SPORTS