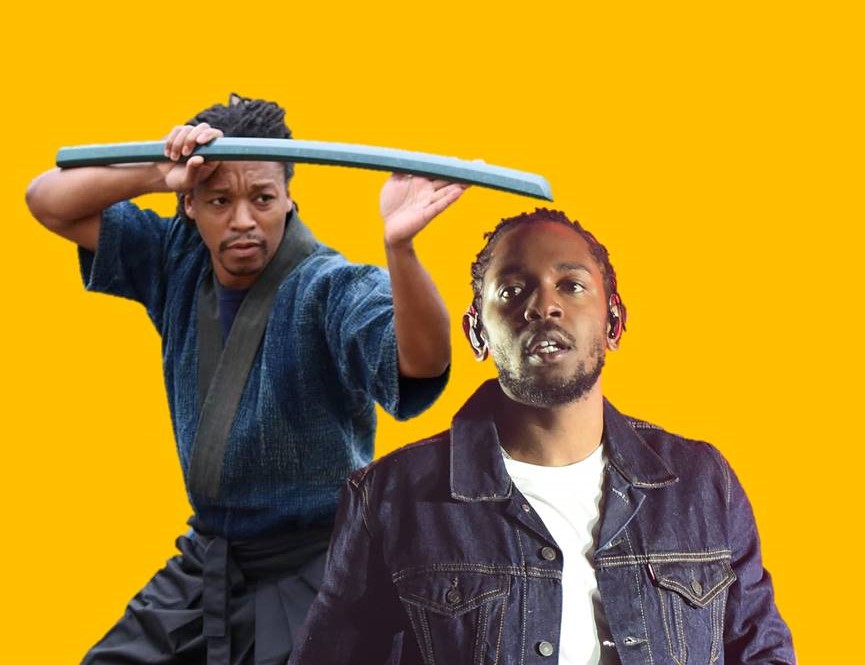 On Saturday (Jan. 5), Lupe fiasco shared an unpopular opinion when he tweeted, "K. Dot is not a top tier lyricist."


"I’ll put it to you like this. K. Dot is not a top tier lyricist to me and my standards when it comes to punchlines and bars,” Lupe wrote, in a series of tweets that have since been deleted. “His overall lyrics are good, his stories phenomenal, but punchline entendre lyrically I don’t see it."

Lupe's above sentiments was in response to a Twitter user who asked him if he seriously believes Logic is better than Kendrick lyrically. That question stems from a 2014 interview, in which Lupe claimed Logic, King Los and Cassidy are better lyricists than the Compton rapper.

As much as uncle Lu is well known for his attention seeking hot takes, he wasn't entirely wrong on this particular occasion. Now, before you bring out your torches and pitchforks and go into full mob mentality, let's dissertate.

Lamar stans may as well stop reading because your minds must have been made up before you clicked on the link. The rest of us can keep scrolling.


Kendrick Lamar is undoubtedly the greatest rapper of his generation. His last two albums "Good Kid, M.A.A.D City" and "To Pimp A Butterfly" have earned him a total of 7 Grammy wins and those numbers could yet rise if his latest album DAMN. lives up to the hype. The TDE rapper is nominated in 7 categories at the 2018 Grammy Awards including noms for Record Of The Year, Best Rap Album and Album Of The Year.

Kendrick Lamar is a rapper with immeasurable skills and he keeps getting better.

Hip-Hop fanatics would agree with me to the utmost extent when I say Kendrick Lamar doesn't operate in the same lyrical space as André 3000, Nas, Royce Da 5'9, Lupe Fiasco or Black Thought.

Is Kendrick a better rapper than any of the aforementioned names? The answer you're looking for is 'No.' Does he make better choices concerning the direction of his albums/mixtapes? I vote YES - which to me, makes him a better artiste, than the aforementioned names listed. Kendrick has neatly woven albums that are tied together with great production, story telling, and the right amount of profanity, but as far as being a top tier lyricist goes...  Kung-Fu Kenny falls short.

Do not misunderstand my viewpoint. Lamar is no slouch on the lyrical front and it will be unwise of Me or anyone else to deny his prowess in that area,. But is lyricism really his strongest feature?

Kendrick Lamar's marketability to an extent relies largely on his delivery as opposed to maybe ... a Joe Budden (yes I said Joe Budden) whose main strength is basically punchlines, which is the point i think Lupe was trying to get across.


When placed side by side against some top tier lyrical albums/rappers how does the West coast rapper get on?

To Pimp A Butterfly Vs llmatic/It Was Written/Reasonable Doubt - Ready Too Die Vs Good Kid, Mad City - DAMN. Vs Soul On Ice. What's your pick?

Let's take it one step further.

Is Kendrick's pen game better than prime Mos Def, Immortal Technique, Big L, MF Doom or Talib Kweli? These are the questions that needs to be asked.

"Kendrick is not even the best lyricist in his own label." A colleague shouted as we discussed the subject.

As far as modern day rap goes, Kendrick is at the top, which isn't all that difficult when your only competition is J. Cole.

Let me put it this way. This generation considers A$AP Rocky a good rapper. Make of that what you will.

To help get my unsolicited point across, I've broken down the lyrical tiers. Feel free to add or subtract names to it.

Tier 1 also known as the top tier
In this category we have the KRS-One's, Big L, Scarface, Nas, Rakim,  Black Thought, Big Boi and the likes.

Tier 2
This tier is where Kendrick falls in. Kendrick as of right now is a level below, with the likes of J. Cole, Joyner Lucas, Big K.R.I.T, Logic, and Drake.

Tier 3
I'll leave this tier for you to decide as it has zero bearing with my original post.

Kendrick is an elite rapper and certainly one of the best if not the best doing it right now. He's well on his way to being regarded as an all time great, but if we're judging solely on lyrical gymnastics - I will have to agree with Lupe on this one.  Kendrick Lamar is not a top tier lyricist.

You can call my bullshit out on Twitter or in the comments section.