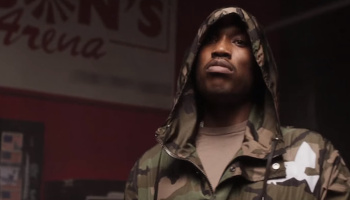 "Shout-out to that judge that denied me my bail. It made me smarter and made me go harder," - Lord Knows.


It feels like Meek Mill has lived this life before and like he did the last time, he'll come out stronger.

The Philly rapper has been denied bail by a Philadelphia judge because he is a "flight risk." TMZ reports that the judge in charge of his hearing, Judge Genece Brinkley has denied the Dreamchasers rapper a chance at freedom because she feels he's "a danger to the community."

One of Meek's attorneys, Joe Tacopina says he plans to appeal her ruling, saying the decision "Continues her long pattern of unfair treatment" towards Meek.

She also accuses the 30-year old rapper of giving a false address to the police and his probation officer. A claim the Philly rapper's legal team has shut down.