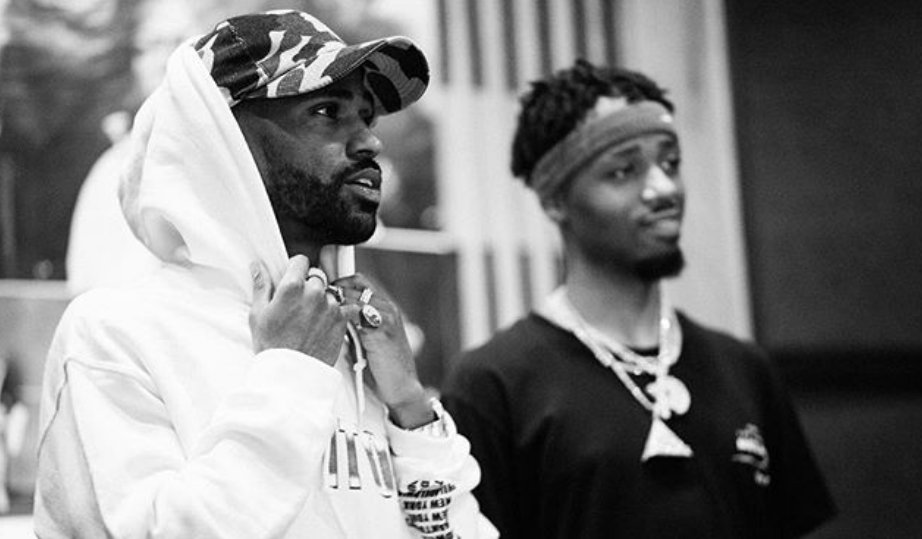 Last week in hip hop: Big Sean and Metro Boomin announce joint album "Double Or Nothing," DMX Pleads guilty to tax evasion, Jeezy to make a comeback with "Pressure" and Russell Simmons is a pervert.

Big Sean and Metro Boomin will be combining their talents for a new album titled Double Or Nothing. In a interview conducted by Billboard, Big Sean said - "To try to do it all by yourself — that’s the ego talking. Sometimes ego gets you in trouble. You’ve got to be aware enough to have your teammates around.”

The duo previously worked together on "Bounce Back" from Big Sean's 2017 album I decided. The song peaked at No. 6 on the Billboard Hot 100, making it his highest Charting song as a lead artist.

Despite repping two different cities, they share a similar work ethic which Big Sean attributes to being like-minded. "That’s one of the things me and Metro are like-minded on," says Sean. "Maybe it has something to do with us being from the Midwest. We have that goal of wanting to succeed not just for ourselves, but for everybody who’s listening.”

"Double Or Nothing" has no definite release date as of yet but there's talk of it dropping before 2017 comes to an end.

DMX, real name Earl Simmons pled guilty on Thursday (November 30) to one count of tax evasion and is now facing a reduced Sentence of up to four years in prison. He was originally reported to be looking at forty years behind bars so it's a huge upgrade.

“Today, Earl Simmons admitted to systematically cheating on his taxes. By insisting to be paid in cash whenever possible and having royalty payments diverted to the accounts of financial surrogates, Simmons concealed hundreds of thousands of dollars of income from the IRS,” said Joon H. Kim, the acting United States attorney for the Southern District of New York. “Simmons made a choice between ‘Right or Wrong,’ and did the right thing, admitting his guilt, and agreeing to pay his tax liabilities. No matter who you are or whatever fame you may have achieved, the law applies equally to all, and no one is exempt from the shared obligation to pay our taxes."

DMX was arrested in July of 2017 on 14 counts of tax fraud including tax evasion and failure to file tax returns.

"He’s of the opinion that he’s guilty because he didn’t properly supervise his own life,” said Murray Richman [DMX's lawyer]. “He gave the responsibility of paying his taxes to others but he knows it was his responsibility. He’s owning up to it at this particular point.”

"Pressure" will serve as a follow-up to 2016's "Trap Or 3" which featured appearances from Plies, Lil Wayne and Chris Brown.

Russell Simmons Is A Pervert

Uncle Rush is the latest subject of sexual misconduct and I'm not even shocked. As a result he has resigned from the companies he founded.

His resignation comes after a guest column in The Hollywood Reporter by screen writer, Jenny Lumet detailing her ordeal in the hands of the Def Jam co-founder was published.

“I have been informed with great anguish of Jenny Lumet’s recollection about our night together in 1991,” he said in a statement. “I know Jenny and her family and have seen her several times over the years since the evening she described. While her memory of that evening is very different from mine, it is now clear to me that her feelings of fear and intimidation are real. While I have never been violent, I have been thoughtless and insensitive in some of my relationships over many decades and I sincerely and humbly apologize.”

"I don’t want to be a distraction so I am removing myself from the businesses that I founded,” he wrote. “The companies will now be run by a new and diverse generation of extraordinary executives who are moving the culture and consciousness forward. I will convert the studio for yogic science into a not-for-profit center of learning and healing. As for me, I will step aside and commit myself to continuing my personal growth, spiritual learning and above all to listening.”

On November 19, as reported by the Los Angeles Times, Simmons was accused of coercing Keri Claussen Khaligi, a model who was 17 at the time into performing oral sex on him

Russell Simmons, 60, responded to the allegations in a statement. "Everything that occurred between Keri and me occurred with her full consent and participation."

"Let me be Crystal clear and very direct," he continued. "Abusing women in any way shape or form violates the very core of my being.”

You can read his full statement here.

Creative-Weekly is a weekly highlight segment on some of hip hop's telling moments you may have missed.