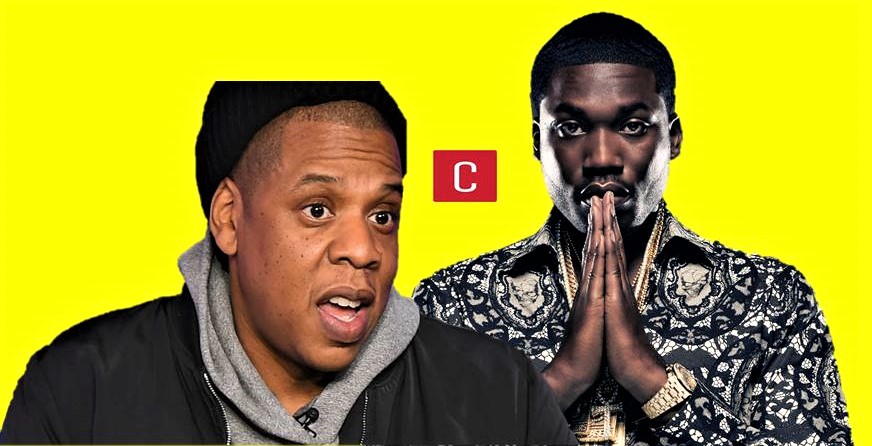 Meek Mill was sentenced to 2-4 years in prison by a Philadelphia judge for probation violations stemming from a nine-year old case. According to the judge in charge of the case; Judge Genece E. Brinkley, the 30-year old rapper failed a drug test and also refused to adhere to her orders after giving him countless opportunities to be repentant.

Below are some of the reactions to Meek Mill's sentencing.

Praying for my brother @meekmill right now. God sometimes puts the toughest battles on his strongest soldiers. I'm here for you man!!!! My brother for life...Always here for you man!!! This storm will pass...Stay strong & keep your head up 🙏🏾🙏🏾🙏🏾🙏🏾🙏🏾🙏🏾
A post shared by Kevin Hart (@kevinhart4real) on Nov 6, 2017 at 4:45pm PST

I’ve been in Genece Brinkley’s courtroom during one of Meek’s hearings. She’s something else. Free Meek
— Rob Markman (@RobMarkman) November 7, 2017

To be yung Blac and successful YOU ENEMY NUMBER 1. HOLD YO HEAD @MeekMill streets chose u💪🏽🏁
— THA GREAT (@NipseyHussle) November 6, 2017

the system is rigged man.  the fact he was on probation for 10yrs over sum paper wk is a set up! shit makes me so sad. prayin 4 u @MeekMill
— Angie Martinez (@angiemartinez) November 7, 2017


2-4yrs and both cases(if you call them cases) were dropped?? It’s so blatant what they’re doing. Stay focused @MeekMill
— Punch TDE (@iamstillpunch) November 7, 2017

Praying for @meekmill and his family!!! Crazy how bad the system is SMH
— Isaiah Thomas (@Isaiah_Thomas) November 7, 2017